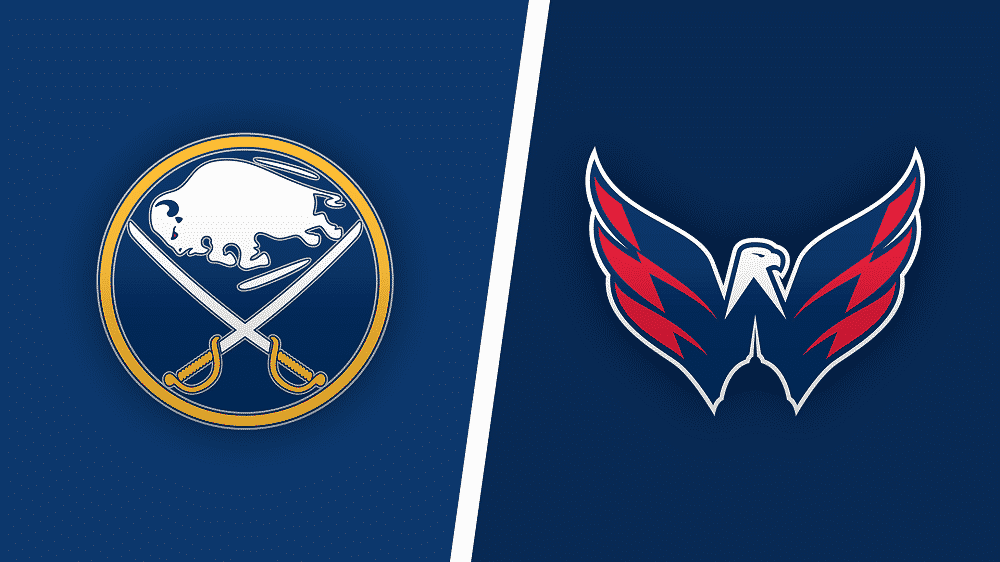 The NHL betting action continues Monday, March 15, so I’ve prepared all the key tips and trends for the Washington Capitals vs. Buffalo Sabres showdown at KeyBank Center in Buffalo along with my best betting pick.

The Caps opened as firm -215 moneyline favorites on BetMGM Sportsbook. They are 4-1 against the Sabres this season including a couple of road wins at KeyBank Center. Two of those five encounters were decided in a shootout, and the Sabres won one of them, 4-3.

The Washington Capitals (17-6-4) are rolling on a four-game winning streak following a couple of road victories over the Philadelphia Flyers, 5-3 and 5-4. The Caps have netted five goals in each of their previous three outings, but they’ve also surrendered 11 goals in total through those three games.

Washington has lost just one of its previous nine contests overall. The Caps occupy the second spot in the East Division, trailing a couple of points behind the New York Islanders.

The Capitals’ scoring offense is tied for the third-best in the NHL with 3.41 goals per game. Their shooting percentage is the second-best (12.0%), while the Caps have the fifth-best power-play percentage in the NHL, going 18-for-67 with the man advantage (26.9).

Buffalo desperately needs to break out of its slump

The Buffalo Sabres (6-16-4) are the worst team in the NHL with just 16 points on their tally. They are 16 points behind the No. 4 seed in the East Division, and the Sabres are winless in ten consecutive outings at any location. Also, they’ve dropped eight straight games on the home ice and are coming off a 3-0 home loss to the Pittsburgh Penguins.

Buffalo scores only 2.15 goals per game, and the Sabres are the second-most inefficient team in the NHL. At least, their power-play percentage is the fifth-best in the league, as the Sabres converted 19 of their 70 opportunities (27.1%). They miss center Jack Eichel who’s recorded a couple of goals and 16 assists in 21 appearances this season.

The Sabres will eventually have to beat someone, but I don’t think they’ll upset the odds against the red-hot Capitals. Washington struggles defensively, but the Caps’ offense has been terrific thus far, so I’m backing the visitors to win and cover a 1.5-goal spread.

Buffalo’s 5-on-5 offense has been awful for most of the season, and I’ve already mentioned that the Sabres are tallying only 2.15 goals per game. I think they won’t have enough firepower to deal with the Capitals.

Despite all their offensive issues, the Sabres should be able to score a couple of goals, especially if they get a few power-play opportunities. The Capitals have surrendered two or more goals to their rivals in nine of their last 11 games overall.

I’m going with the over, as the line has been set at exactly six goals. Four of Washington’s last five tilts produced six or more goals in total, as well as five of Buffalo’s previous seven contests.