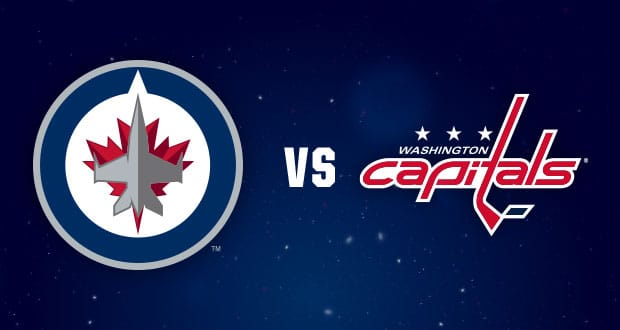 Alex Ovechkin, John Carlson, and the Washington Capitals will face off against Mark Scheifele, Kyle Connor, and the Winnipeg Jets at Bell MTS Place in an East-West showdown. This one gets started at 8 p.m. ET on Thursday, February 27 and it can be caught live on NBC Sports Washington.

With a moneyline of -145, Washington comes into the game as the obvious favorite. The line for the Jets sits at +125, and the oddsmakers have set the Over/Under (O/U) at 7 goals. The line for betting the total stands at -120 for the over and +100 for the under.

Washington has converted on 20.3 percent of its power play opportunities this season, a figure that’s right around league average. On the other hand, its penalty kill is ranked fourth overall, and it’s successfully killed off 83.7 percent of all penalties..

Boasting a .897 save percentage and 25.7 saves per game, Braden Holtby (24-20-5) has been the primary option in goal for Washington this year. If it chooses to give him a rest, however, head coach Todd Reirden may turn to Ilya Samsonov (16-8-1), who has a .916 save percentage and 2.41 goals against average this year.

Winnipeg is 32-33 straight up (SU) and has earned moneyline bettors 1.4 units this year. Through 65 regular season matches, 34 of its games have gone under the total, while 29 have gone over and just two have pushed. This season, the team’s 16-17 SU at home.

The Jets have converted on just 20.1 percent of their power play opportunities this year, a mark that’s right around league average. On the other hand, its penalty kill is ranked 25th overall, and it’s successfully killed off 77.3 percent of all penalties.

Connor Hellebuyck (28.4 saves per game) has been the top netminder in goal for the Jets. Hellebuyck has 27 wins, 25 losses, and five overtime losses to his name and has registered a .918 save percentage and 2.72 goals against average this year.

Over Winnipeg’s last ten outings, six of them have been decided by two or more goals (the team is 4-2 in those games).

Winnipeg is 3-2 in games decided by a shootout this season while Washington is 4-2 in shootouts.

Washington has averaged 7.8 giveaways over its last five home games, an improvement from its season average of 11.1 giveaways per game (ranked 22nd in the NHL).

Winnipeg skaters have averaged 11.2 giveaways over its last five home games, its season average of 10.6 giveaways per game (ranked 19th in the league).

This game features two of the tougher teams in the league. Washington skaters have accounted for the league’s seventh-most hits per game (25.3) while the Jets have recorded the 11th-most (22.2).