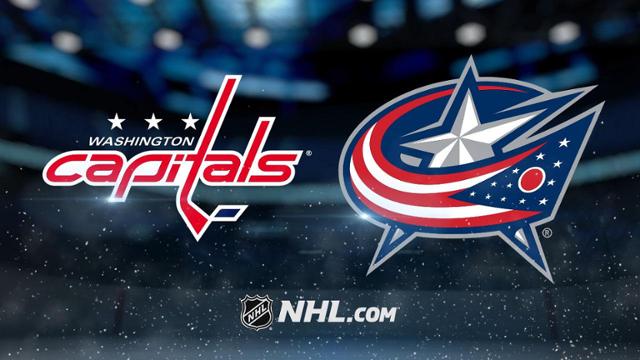 Nationwide Arena plays host to an enticing tilt as the Columbus Blue Jackets prepare to face the visiting Washington Capitals. The opening face-off takes place at 7 p.m. ET on Monday, December 16, and fans at home can see this Metropolitan Division matchup live on NBC Sports Washington.

Playing the role of underdog will be Washington (-160), while Columbus is favored showing moneyline odds of +140, and the Over/Under (O/U) has been set at 6 goals. The line for betting that total stands at -115 money on the over and -105 for the under.

Washington has converted on 23.5 percent of its power play opportunities this season, a mark that’s good enough for sixth-best in the NHL. Its penalty kill is ranked sixth overall, and it’s successfully killed off 85.1 percent of all penalties.

For the team as a whole, Washington has been penalized 4.2 times per game in the 2019-20 season, and 5.4 per game over its past five. The team’s had to kill penalties an unhealthy 14.2 minutes per game over their last five outings.

Boasting a .911 save percentage and 28.0 saves per game, Braden Holtby (16-8-4) has been the top option in goal for Washington this season. If head coach Todd Reirden decides to rest him, however, the team could turn to Ilya Samsonov (8-3-1), who has a .918 save percentage and 2.38 goals against average this year.

The visiting Capitals have relied on John Carlson and Alex Ovechkin heavily this year. Carlson has 45 points on 12 goals and 33 assists, and has recorded two or more points 14 times. Ovechkin has 21 goals and 12 assists to his name (and has notched a point in 20 games).

On the other side of the ice, Columbus is 12-20 straight up (SU) and has lost 7.0 units for moneyline bettors this year. Through 32 regular season matches, 18 of its games have gone under the total, while 13 have gone over and just one has pushed. It’s 8-9 SU at home this year.

Columbus has converted on 17.3 percent of its power play opportunities this season, a figure that’s right around league average. On the other hand, its penalty kill is ranked 20th overall, and it’s successfully killed off 79.1 percent of all opponent power plays.

Joonas Korpisalo (25.4 saves per game) has been the primary selection in goal for Columbus. Korpisalo has 12 wins, 13 losses, and three overtime losses and has recorded a pedestrian 2.73 goals against average and a subpar .906 save percentage this season.

For both of these teams, the under has hit in three of their last five outings.

Washington (3-2 in shootouts) has more experience this season in games decided by shootout. Columbus fell short in its only shootout this season.

Washington may hold the upper hand if this one comes down to the wire. The team’s an impressive 12-6 in one-goal games, while Columbus is 9-11 in such games.