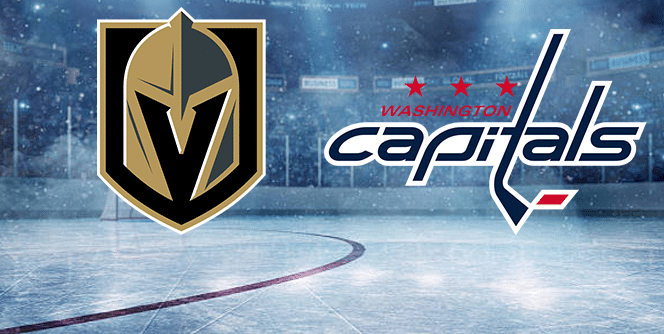 Two of the league’s best at fending off power plays, the Vegas Golden Knights and the Washington Capitals take the ice at Capital One Arena. The game will get underway at 7 p.m. ET on Saturday, November 9, and you can view this East-West matchup live on AT&T SportsNet Rocky Mountain.

Playing the role of favorite will be Washington (-130), whereas Vegas is an underdog offering moneyline odds of +110,, and the oddsmakers have set the Over/Under (O/U) at 7 goals. If bettors want to play the matchup’s total, they’ll be looking at odds of -115 money on the over and -105 for the under.

The Capitals are 12-5 straight up (SU) and have earned moneyline bettors 6.2 units this season. That winning percentage, ranked second in the league in this young season, is an improvement over the 48-34 record from the 2018-19 season campaign. Of the team’s 17 games this season, 12 have gone over the total, while five have gone under and none have pushed. The team’s 4-3 SU at home this year.

Washington has been able to convert on 25.9 percent of its power play opportunities this year, a figure that’s good enough for fifth-best in the league. On the other hand, its penalty kill is rated eighth overall, and it’s successfully killed off 85.7 percent of all penalties.

Sporting a .895 save percentage and 26.9 saves per game, Braden Holtby (seven wins, five losses, and three OT losses) has been the most dependable option in goal for the Capitals this year. If head coach Todd Reirden chooses to rest him, however, the team could turn to Ilya Samsonov (5-1-1 record, .915 save percentage, 2.38 goals against average).

The Caps will continue to look for leadership from John Carlson and Alex Ovechkin. Carlson (26 points) has tallied eight goals and 18 assists and has recorded multiple points on eight separate occasions this year. Ovechkin has 13 goals and nine assists to his credit and has notched at least one point in 12 games.

In the other locker room, Vegas is 9-8 straight up (SU) and has lost 3.5 units for moneyline bettors thus far. Through 17 regular season contests, nine of its games have gone over the total, while eight have gone under the total and none have pushed. As the visiting team , Vegas is 5-3 SU.

Vegas has converted on 21.7 percent of its power play opportunities this season, a figure that’s good enough for 10th-best in the NHL. On the other hand, its penalty kill unit is ranked third overall and it’s successfully killed off 89.2 percent of all opponent power plays.

Marc-Andre Fleury (27.6 saves per game) has been the main choice in the net for Vegas. Fleury owns a 9-5-1 record, while registering a .924 save percentage and 2.40 goals against average this year.

Mark Stone (eight goals, 10 assists) and William Karlsson (four goals, 12 assists) have been standout playmakers for Vegas and will pace the offensive counter for the visiting Golden Knights.

After averaging the most shots in the league last season (34.4 per game), Vegas has attempted 34.2 shots per game overall this season, and 31.2 in its last five road games.

Washington has scored 5.0 goals per game and allowed just 3.0 across its five-game win streak.

Over Washington’s last ten outings, five of them have been decided by two or more goals (the team is 5-0 in those games).

This game features two of the more physical teams in the league. Vegas skaters have given out the league’s third-most hits per game (27.5) and the Caps have recorded the 12th-most (22.2).