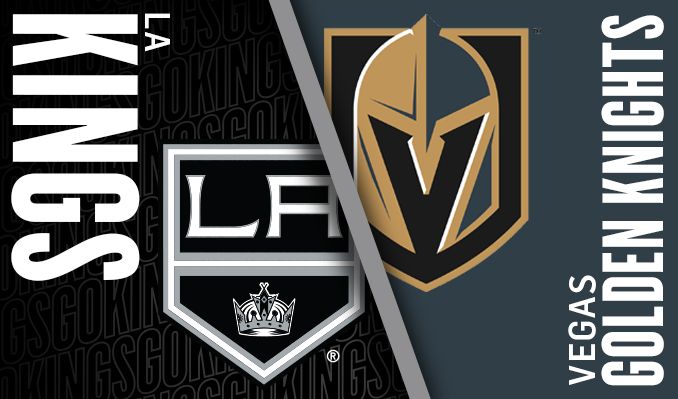 William Karlsson, Mark Stone, and the Vegas Golden Knights will face off against Anze Kopitar, Drew Doughty, and the Los Angeles Kings at the Staples Center in a divisional showdown. AT&T SportsNet Rocky Mountain will showcase the matchup, and the action gets going at 4 p.m. ET on Saturday, November 16.

Vegas has converted on 22.1 percent of its power play opportunities this season, a mark that’s right around league average. Additionally, it has the third-best penalty kill in the league, and the team’s successfully killed off 87.8 percent of its penalties..

Averaging 27.3 saves per game with a .914 save percentage, Marc-Andre Fleury (9-7-1) has been the primary option in goal for Vegas this season. If it chooses to give him a rest, however, head coach Gerard Gallant might turn to Malcolm Subban (0-4-2 record, .899 save percentage, 3.21 goals against average).

On the other bench, Los Angeles is 7-12 straight up (SU) and has lost 4.4 units for moneyline bettors this year. Through 19 regular season matches, nine of its games have gone over the total, while eight have gone under and just one has pushed. This season, the team is 5-4 SU at home.

The Kings have converted on just 10.3 percent of their power play opportunities this season, a figure that places them in the bottom overall among NHL teams. On the other hand, its penalty kill is ranked 29th overall, and it’s successfully killed off 72.3 percent of all penalties.

Jonathan Quick (26.5 saves per game) has been the primary netminder in goal for the Kings. Quick has four wins and eight losses to his credit and has recorded a fairly-weak .876 save percentage and 3.80 goals against average this season.

Vegas skaters have averaged 7.2 giveaways over its last five home games, an improvement from its season average of 9.4 giveaways per game (the ninth-fewest in the NHL).

Los Angeles skaters have averaged 12.2 giveaways over its last five home games, a rise over its season average of 11.2 giveaways per game (ranked 20th).

Vegas skaters have accounted for the fourth-most hits in the league (27.2 per game), but that number’s down to just 22.0 hits over their last five away games.