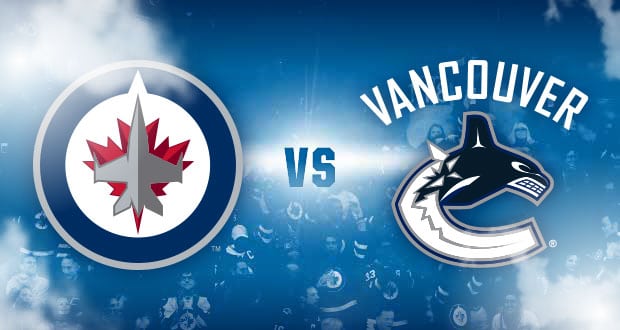 Elias Pettersson, J.T. Miller, and the Vancouver Canucks will do battle against Kyle Connor, Mark Scheifele, and the Winnipeg Jets at Bell MTS Place in a Western Conference tilt. The action gets underway at 8 p.m. ET on Tuesday, January 14 and it’s being televised live on Sportsnet Pacific.

Vancouver has converted on 23.4 percent of its power play opportunities this year, a mark that places them in the top-10 among NHL teams. Additionally, its penalty kill is ranked 16th overall, and the team’s successfully killed off 80.5 percent of all penalties..

Over on the other bench, Winnipeg is 24-22 straight up (SU) and has earned moneyline bettors 4.3 units this season. 24 of its matches have gone under the total, while 21 have gone over and just one has pushed. The team’s 10-12 SU at home this season.

The Jets have converted on just 20.9 percent of their power play chances this season, a mark that’s right around league average. On the other hand, its penalty kill is ranked 31st overall, and it’s successfully killed off 73.3 percent of all penalties.

Connor Hellebuyck (28.3 saves per game) has been the primary choice in the crease for the Jets. Hellebuyck has 21 wins, 17 losses, and four OT losses and has maintained a .920 save percentage and 2.64 goals against average this season.

Each team is 3-1 in games decided by shootout.

Over Vancouver’s last ten games, eight of them have been decided by two or more goals (the team is 6-2 in those games).

The Jets this season have dished out the 10th-most hits per game in the NHL (22.8), but that average has risen to 27.8 over their past five games as the home team.