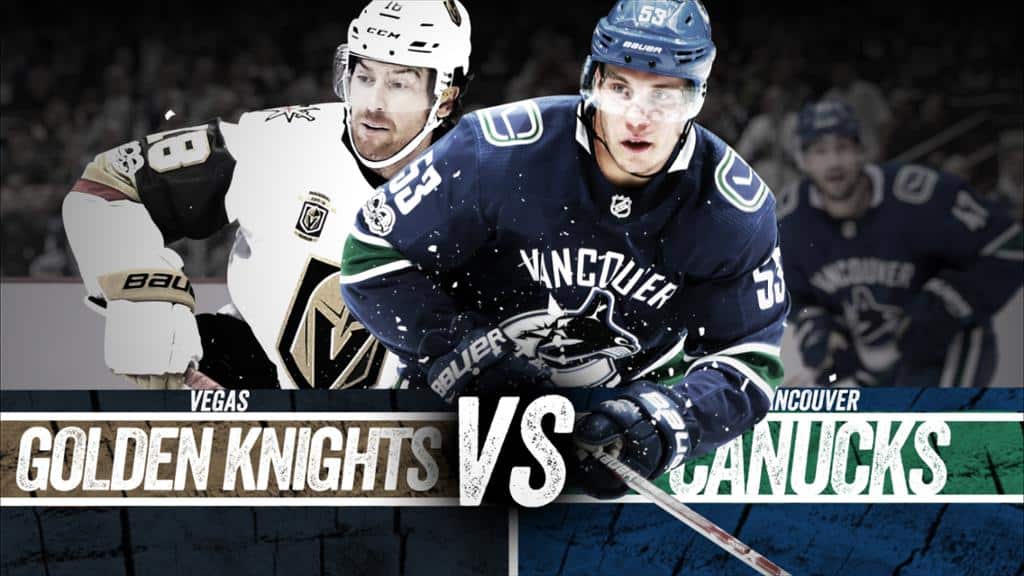 The 2020 Stanley Cup Western Conference Second Round brings a great matchup between the fifth-seeded Vancouver Canucks and top-seeded Vegas Golden Knights. The opening game is set for Sunday, August 23, so we bring you all-important betting tips and trends along with our best betting pick.

These two Pacific Division foes will meet each other for the first time in the postseason, while they split a two-game series this past regular season, as each team won at home. This time, they will play at the neutral site in Edmonton, Alberta.

The Canucks enter the second round without RW Tyler Toffoli and D Tyler Myers, but these two guys should be ready to go soon. The Golden Knights are coming in full strength.

Vegas is listed as a heavy -340 fave to reach the conference finals on BetAmerica, while Vancouver is a +270 out-of-towner on BetMGM. The Golden Knights opened as -170 favorites to win Game 1. The Canucks are +155 dogs in the opener, and the total has been set at 5.5 goals.

Both teams enter the semis in a good mood and will try to stay on the winning path. Anyway, this is just the first contest of a best-of-seven series. There’s a lot of hockey to be played.

The Golden Knights earned the top spot in the west by winning all their three games in the round-robin tournament. They had an easy job in the first round, eliminating the Chicago Blackhawks in five games. Vegas conceded 11 goals in five meetings with the Hawks.

On the other side, the Canucks beat the Minnesota Wild in four games of their best-of-five qualifying series. They pulled off a huge upset in the first round, defeating the reigning champs St. Louis Blues in six games.

Jacob Markstrom will guard the cage for Vancouver, and the 30-year-old goalie is 7-3 with a 2.44 GAA and a .929 save percentage this postseason.

On the other side, wingers Mark Stone and Reilly Smith have combined for 16 points over Vegas’ eight postseason outings. Robin Lehner will patrol the crease after going 5-1 in six starts. He has a 2.44 GAA and a .904 save percentage, but the Knights can also count on Marc-Andre Fleury in case that Lehner starts to struggle.

On paper, the Golden Knights are a better team than the Canucks, and the odds tell you just enough. However, this is the Stanley Cup, so everything is possible. The Canucks have been playing very well in the bubble and certainly stand a chance in this matchup.

Therefore, I’m staying away from the side bet and going with the over on the totals instead. Both teams are loaded offensively and have some issues on the defensive end. Also, both of their regular-season encounters were proper high-scoring affair, so I’m looking for more of the same Sunday night.