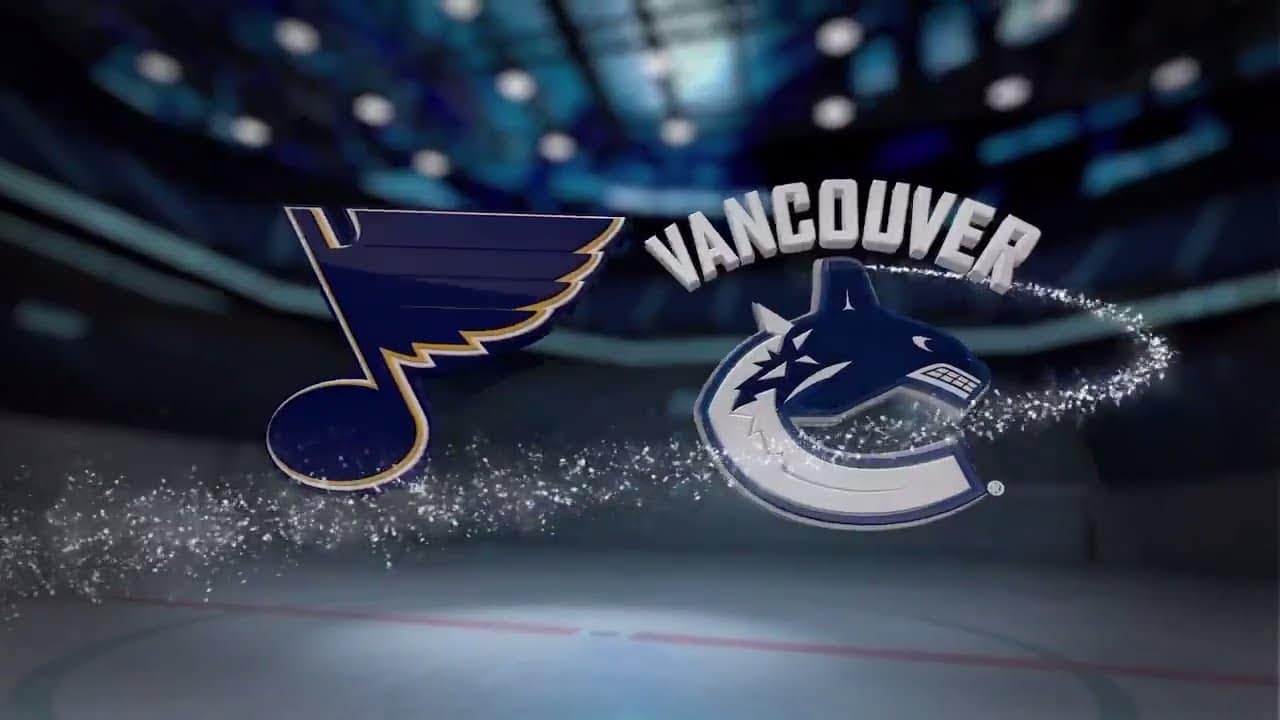 The first round of the 2020 Stanley Cup goes on Friday night, and the Vancouver Canucks and St. Louis Blues face off against each other in Game 2 of their Western Conference series. The Canucks upset the reigning champs in the opener, grabbing a comfortable 5-2 victory as +125 underdogs.

The Blues will try their best to bounce back immediately. There’s still enough time to make amends, but the Canucks will be fired up after a Game 1 success. We bring you all need-to-know betting tips and trends for Friday night’s clash between Vancouver and St. Louis along with our best betting pick.

The Canucks miss Jordi Benn and Josh Leivo. Tyler Toffoli is doubtful to play Game 2, as well as Adam Gaudette, so the Canucks could miss some important players upfront. The Blues are without Jay Bouwmeester and Ivan Barbashev, while Sammy Blais and Alexander Steen are questionable.

St. Louis is listed as a -145 moneyline fave on BetAmerica. Vancouver is a +125 dog on the same platform. Sugarhouse offers the 5.5-goal line on the totals with the over at +120 odds, as the bookies expect to see a low-scoring affair despite seven goals in total in Game 1.

The Canucks would be in a strong position with another win. The Blues know they have to respond as soon as possible, but, honestly, a 2-0 lead in the best-of-seven series doesn’t mean a thing in hockey.

The reigning champs are in a knockdown. They’ve lost all four games in the bubble, scoring eight goals in the total while surrendering 15 in a return.

On the other side, the Canucks eliminated the Minnesota Wild in the qualifiers. After a 3-0 loss in the opener, the Canucks have recorded three straight wins, scoring 12 goals in the process and conceding seven in a return.

The Blues had the fifth-best defense in the regular season, allowing only 2.66 goals per contest. They need to restore things at the defensive end, and it means Jordan Binnington will have to improve a lot. The 27-year-old goalie yielded five goals on 22 shots in Game 1 and is 0-3 with a 4.46 GAA in the postseason.

The opening game of this series was tied at 2-2 at the end of the 2nd period. The Canucks had a lead twice before netting three unanswered goals in the 3rd period.

The Blues took nine shots more than their opponents (31-22). They had 18 hits more than the Canucks and still lost the game. The Blues need to be disciplined in Game 2, as they committed seven penalties for 22 minutes in the opener.

The Canucks scored three power-play goals out of six opportunities, and that was the key factor in Game 1.

The Blues desperately need more from their defense, and I think they will finally get things going Friday night. The Canucks are a solid team, but they have some big defensive flaws, too, and Jacob Markstrom cannot play at the highest level day in and day out.

Hereof, I’m backing the Blues to snap their horrible streak and tie this series. St. Louis is just 2-5 in its last seven meetings with Vancouver, but the Blues have won 10 of their previous 16 encounters with the Canucks.

When it comes to the totals, the odds on the over are very attractive. I would stick with the side bet, but at +120 odds, betting on the over is certainly worth a shot. You can also go with the alternative 4.5-goal line, but you’ll get some modest odds around -175.