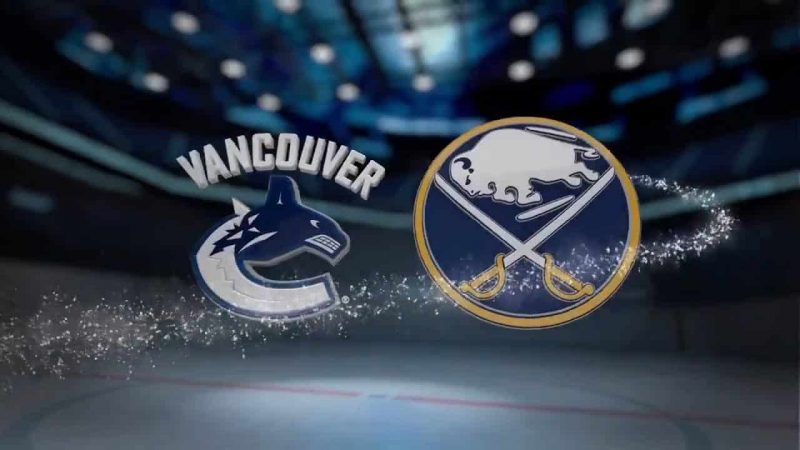 Tuesday, October 19’s schedule for the National Hockey League is a full one with an overwhelming amount of games on the board for bettors to choose from. 11 games are on the card, presenting a challenge for those looking to zero in on the perfect wager for the evening. To find that perfect bet for Tuesday night, we visit the matchup between the visiting Vancouver Canucks and the host Buffalo Sabres in a Western Conference vs Eastern Conference clash.

New bettors at BetMGM Sportsbook can bet on either team to win this Canucks vs Sabres game and get refunded up to $1,000 if the bet doesn’t win.

With the risk-free bet available to new players at BetMGM sportsbook, bettors can wager up to $1,000 on the Vancouver Canucks and keep the profits if they win. And if the Canucks lose, BetMGM will refund that $1,000, giving bettors a second chance to win.

The host Sabres are somehow red hot to start the new campaign, winning both of their first two games. Buffalo has managed their head start despite low expectations for the season and the drama surrounding the absence of their now former captain in Jack Eichel.

Eichel was stripped of his captaincy ahead of Opening Night and is out with an injury as he awaits a trade to end his tenure in Buffalo. Yet, despite the absence of their only star player, the Sabres thrived in the opening week. Buffalo blew out the Montreal Canadiens 5-1 to open the season, before winning in the shootout on Saturday afternoon against the Arizona Coyotes to move to a perfect 2-0.

With two unexpected wins, it is safe to say the Sabres are red hot and feeling confident to host the Canucks in this matchup.

Vancouver comes to Buffalo as part of their lengthy road trip to start the season with a bag of mixed results thus far. The Canucks fought back on Opening Night against the Edmonton Oilers before losing in the shootout before registering a shootout win of their own against the Philadelphia Flyers.

On the weekend, the Canucks lost to a Detroit Red Wings team that is expected to be with the Sabres at the bottom of the standings at the end of the year. That loss did come on the second night of a back to back on the road for Vancouver, so the hope is a couple nights of rest has the West Coast club ready to get back on track in Buffalo.

The Canucks should do exactly that as it seems safe to assume they will get the victory here. Star winger Brock Boeser is expected to make his first appearance of the year and should give the Canucks a lift with his goalscoring touch.

Why Bet The Canucks

Even if Boeser doesn’t suit up and takes a few more days to recover, there is a lot to love about the Canucks as road favorites in this one. Vancouver edges the Sabres at every position and the likes of Elias Pettersson, Bo Horvat, Quinn Hughes and co. should enjoy letting their talent shine against one of the worst teams in the league.

With Buffalo’s two wins coming against the undermanned Canadiens and the underwhelming Coyotes, I am all onboard with the Canucks putting an end to the Sabres little Cinderella hot streak to start the season. I can’t see Buffalo keeping up their winning ways, especially if Brock Boeser makes his return to the lineup.

Take the Canucks -140 to beat the lowly Sabres.