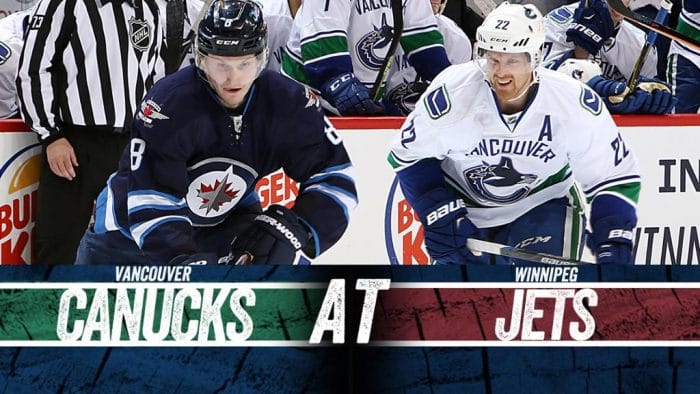 Two teams squaring off for the first time this season, the Vancouver Canucks and the Winnipeg Jets collide at Bell MTS Place. Sportsnet Pacific will showcase this Western Conference matchup, which gets going at 8 p.m. ET on Friday, November 8.

Playing the role of favorite will be Winnipeg (-125), while Vancouver is an underdog showing moneyline odds of +105, and the Over/Under (O/U) is placed at 7 goals. If gamblers want to put some action on this game’s total, they’ll be looking at odds of -115 for the over and -105 for the under.

Vancouver is 9-7 straight up (SU) and has netted 3.5 units for moneyline bettors this season. Seven of its outings have gone over the total, while another seven have gone under and just one has pushed. As the away team in 2019-20, the Nucks are 5-5 SU.

Vancouver has converted on 20.3 percent of its power play chances this year, a mark that’s right around league average. On the other hand, it has the seventh-strongest penalty kill in the league, and it’s successfully killed off 86.4 percent of its penalties.

For the team as a whole, Vancouver has been called for penalties 4.3 times per game during the 2019-20 season, and 5.6 per game over its last five on the road. The team’s had to stave off opponent power plays 12.2 minutes per game over their last five road outings.

Averaging 28.3 saves per game with a .917 save percentage, Jacob Markstrom (5-6-3) has been the top option in goal for Vancouver this season. Markstrom played last night, however, so head coach Travis Green may decide to rest him and instead turn to Thatcher Demko (4-1 record, .938 save percentage, 1.78 goals against average).

The visiting Canucks have relied heavily on Elias Pettersson and J.T. Miller this season. Pettersson has 21 points on six goals and 15 assists, and has recorded multiple points in six different games. Miller has seven goals and 10 assists to his name (and has logged a point in 10 games).

Winnipeg is 8-8 straight up (SU) and has netted moneyline bettors 0.4 units this year. Through 16 regular season outings, nine of its games have gone under the total, while six have gone over and just one has pushed. The team’s 3-5 SU at home this season.

Winnipeg has converted on just 15.4 percent of its power play opportunities this season, a figure that places it in the bottom 10 overall among NHL teams. On the other hand, its penalty kill is ranked 29th overall, and it’s successfully killed off 69.7 percent of all penalties.

Connor Hellebuyck has denied 31.1 shots per game as the primary netminder in the crease for Winnipeg. Hellebuyck has six wins, six losses, and one overtime loss to his name and has maintained a .930 save percentage and 2.41 goals against average this season.

Vancouver is 2-1 in games decided by a shootout this season while Winnipeg is 2-1 in shootouts.

Winnipeg might hold an advantage if it’s a tight one late. The team’s 6-2 in games decided by one goal, while Vancouver is 3-5 in such games.