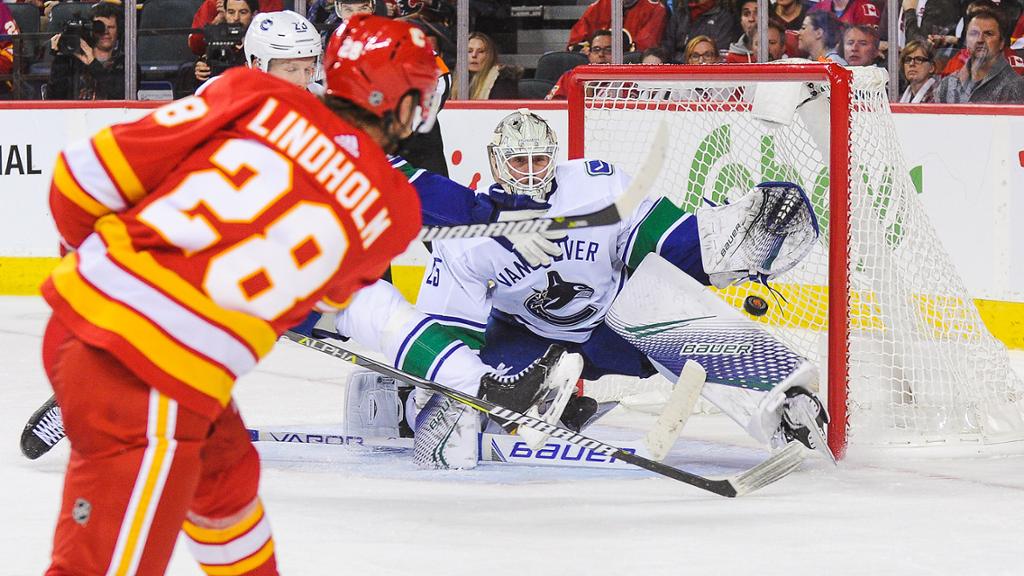 The Scotiabank Saddledome will be hosting an intriguing matchup as the Calgary Flames prepare to face the visiting Vancouver Canucks. Sportsnet ONE will showcase this Pacific Division matchup, which gets underway at 9:30 p.m. ET on Sunday, December 29.

The Flames are 20-20 straight up (SU) and have not been kind to moneyline bettors (returning -2.8 units) thus far. That winning percentage, the second-best in the Pacific Division in this young season, is a regression from the 50-32 record that the team managed during the 2018-19 season campaign. Among the team’s 40 games this season, 15 have gone under the total, while 15 have gone over and just three have pushed. The team’s 10-8 SU at home this season.

Calgary’s converted on 19.5 percent of its power play opportunities this year, a mark that’s right around league average. On the other hand, its penalty kill is ranked third overall, and it’s successfully killed off 85.0 percent of all penalties.

Averaging 29.2 saves per game with a .916 save percentage, David Rittich (17-13-5) has been the primary option in goal for the Flames this year. If head coach Geoff Ward chooses to give him a breather, however, the team may roll with Cam Talbot (3-8-8 record, .913 save percentage, 2.85 goals against average).

The Flames will continue to look for offensive production from Matthew Tkachuk and Sean Monahan. Tkachuk (33 points) is up to 15 goals and 18 assists and has recorded multiple points eight times this year. Monahan has 12 goals and 19 assists to his name and has notched at least one point in 21 contests.

On the visitors’ side of the ice, Vancouver is 19-19 straight up (SU) and has lost 0.8 units for moneyline bettors this year. Through 38 regular season matches, 19 of its games have gone over the total, while 16 have gone under the total and just three have pushed. As the visiting team this season, Vancouver is 8-11 SU.

Vancouver has scored on 25.2 percent of its power play chances this season, a mark that places it in the top-five among NHL teams. On the other hand, its penalty kill unit is ranked 19th overall and it’s successfully killed off 79.8 percent of all penalties.

Jacob Markstrom (29.2 saves per game) has been the primary option in the net for Vancouver. Markstrom has 12 wins, 14 losses, and three OT losses to his credit, and has registered a .917 save percentage and 2.66 goals against average this year.

Elias Pettersson (17 goals, 22 assists) and Brock Boeser (13 goals, 23 assists) are the top offensive options for Vancouver and will pace the offensive attack for the visiting Canucks.

Calgary is 3-0 in games decided by a shootout this season while Vancouver is 3-1 in shootouts.

Vancouver has scored 3.3 goals per game overall this season, but has raised that figure up to 4.3 per contest in their past three games (the team’s a perfect 3-0 SU over that span)

Calgary could have an advantage if it’s a close one late. The team’s 10-7 in games decided by one goal, while Vancouver is 7-9 in such games.