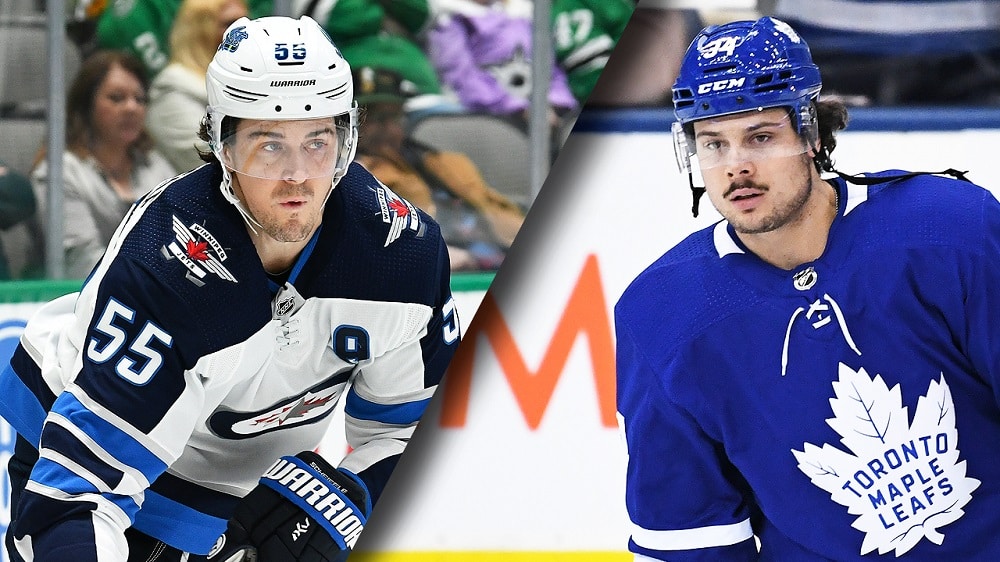 The Toronto Maple Leafs and Winnipeg Jets will close out the regular season, as they prepare for the playoffs. These two teams square off on Friday.

Here you can find the best picks, news, and stats for this North Division battle at the Bell MTS Place. Toronto is the favorite at -161. This according to PointsBet Sportsbook, which puts Winnipeg at +140 as the underdog.

Toronto Falls in OT to Senators

Toronto lost in overtime to Ottawa on Wednesday, 4-3. However, they are 3-0-2 in May. Jake Muzzin had a goal and added an assist. Frederik Andersen stopped 24 of 28 shots.

Toronto is sixth in goals per game at 3.35 and are sixth in shooting percentage at 10.7%. They are 16th on the power-play at 20.3%. The Maple Leafs are led in scoring by Mitchell Marner who leads the team with 47 assists and 67 points. Auston Matthews is right behind with 66 points and is the team leader in goals with 41.

Winnipeg is 12th in goals per game at 3.02 and are ninth in shooting percentage at 10.1%. They are sixth on the power-play at 23.1%. With his two points on Wednesday, Scheifele now leads the team with 61 points. He is also the team leader in assist with 40. Connor added to his team leading goal total, now at 24 and he is second in points with 48.

This is going to be a very interesting contest, as you have to believe both of these teams are approaching the game as one where they simply do not want to have anyone who gets hurt. Do not look for large numbers of shot blocks, big hits along the boards, or other plays that could endanger someone. Instead, I expect a very conservative game one by Toronto. Toronto has won the last seven meetings in Winnipeg.

I expect both teams to want to stay in rhythm while being cautious. I think that leads to a very low-scoring game, even one that gives the impression that this was a playoff game by the way the score will finish. These teams have gone over in 18 of the last 25 meetings, but not on this night.