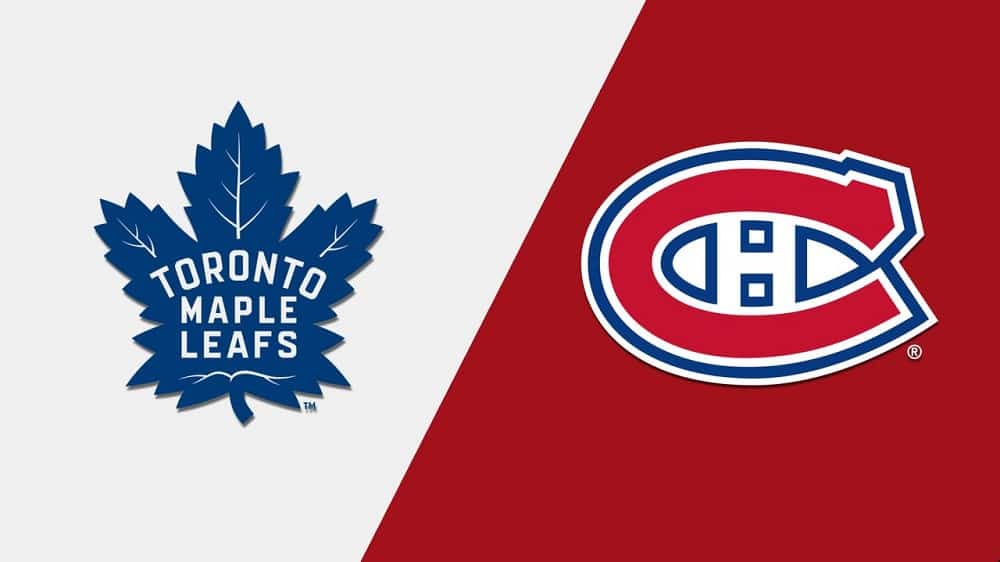 It will be Game 4 between the Toronto Maple Leafs and Montréal Canadiens on Tuesday, with this series tied at one. Montréal won the opening matchup, 2-1, but Toronto rebounded with a 5-1 victory on Saturday. These teams will play on back-to-back nights starting on Monday, but this preview was written prior to the conclusion of that contest.

Here you can find the best picks, news, and stats for this North Division battle at the Bell Centre Toronto is the favorite at -174. This according to PointsBet Sportsbook, which puts Montréal at +146 as the underdog.

After winning Game 1, Montréal got off to a great start in Game 2, taking the lead 7:57 into the contest only to watch Toronto respond with five unanswered goals. Five Maple Leafs players scored goals in the game, including Auston Mathews who had a goal and two assists.

Toronto averaged 3.3 goals per game, sixth in the NHL during the regular season, and they were 16th on the power-play at 20.0%. Mitchell Marner led the team in points with 67 while Matthews had an outstanding season, netting 41 goals and adding 66 points. Matthews and William Nylander lead the team with three points in the playoffs.

The Maple Leafs were eighth in goals allowed at 2.6 and 24th in penalty killing at 78.5%. Frederik Andersen had a 2.96 GAA and a .895 save percentage during the regular season, but one has to wonder if you will come back on back-to-back nights. That may mean it will be Jack Campbell, who was 17-3-2 during the regular season with a 2.15 GAA and a .921 save percentage.

Things did not go well for Montréal in Game 2, but the team has to feel much better about their chances now that they have home-ice advantage. Toronto went 6-4-0 during the regular season against the Canadiens, including winning three of the last four games heading into the playoffs, but Montréal is right in this now.

Montréal averaged 2.8 goals per game during the regular season, 17th overall, and they were 17th on the power-play at 19.2%. The Canadiens were led in scoring by Tyler Toffoli who led the team in goals (28) and points (44). Jeff Petry was second in points with 42 and led the team with 30 assists. Toffoli is tied with Joel Armia with two points in the playoffs.

The Canadiens were 18th in goals allowed per game at 2.9 and 23rd in penalty killing it 78.5%. Montréal may also be unwilling to return to Carey Price for back-to-back games, leaving Jake Allen as a starter. He finished the regular season 11-12-5 with a 2.68 GAA and a .907 save percentage area

I think there is a very good chance that Montréal will win Game 3, putting Toronto in a desperate situation. They simply cannot fall behind by two games heading back home. What I like about them, in particular, is the fact that Campbell has been great this season. He has looked even better than Andersen, and I think he will be the difference in this game.

No total has been set for this contest, but it will likely be 5.5 or 6.0. These teams have gone under in five of the last eight meetings and both playoff games have gone under 5.5 goals. I think a fresh set of goaltenders is also going to reduce scoring, as both teams will look to protect their netminder with their No. 1 guy sitting on the bench. Whatever the line, definitely go under.