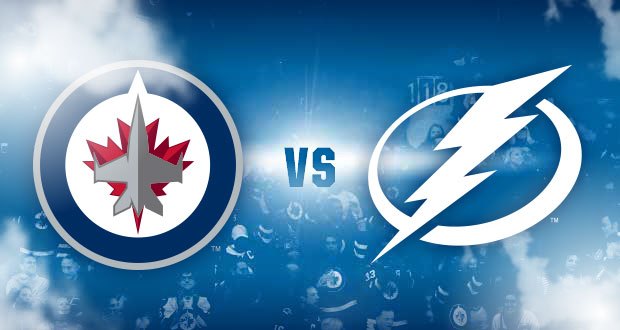 Nikita Kucherov, Steven Stamkos, and the Tampa Bay Lightning are set to do battle against Kyle Connor, Mark Scheifele, and the Winnipeg Jets at Bell MTS Place in an East-West showdown. Fox Sports Sun will showcase the game, which gets going at 8 p.m. ET on Friday, January 17.

Tampa Bay currently touts the second-best power-play unit in the NHL, as it’s found the net on 27.5 percent of its extra-man advantages this year. On the other hand, it has the seventh-strongest penalty kill in the league, and the team’s successfully killed off 83.0 percent of its penalties..

Averaging 28.1 saves per game with a .916 save percentage, Andrei Vasilevskiy (23-11-2) has been the best option in goal for Tampa Bay this season. If head coach Jon Cooper chooses to rest him, however, Tampa Bay could go with Curtis McElhinney (5-8-2 record, .902 save percentage, 3.10 goals against average).

On the other bench, Winnipeg is 25-22 straight up (SU) and has earned 5.3 units for moneyline bettors this season. 25 of its outings have gone under the total, while 21 have gone over and just one has pushed. It’s 11-12 SU at home this season.

The Jets have converted on 21.2 percent of their power play opportunities this season, a mark that’s good enough for 10th-best in the league. On the other hand, its penalty kill is ranked 29th overall, and it’s successfully killed off 74.2 percent of all penalties.

Connor Hellebuyck (28.6 saves per game) has been the primary choice in goal for the Jets. Hellebuyck has 22 wins, 17 losses, and four overtime losses to his credit and has recorded a 2.57 goals against average and a .923 save percentage this season.

Six of Tampa Bay’s last ten games have been decided by two goals or more. The team is 5-1 in those games.

The Lightning are 11-7 in games where they serve fewer penalty minutes than their opponent and 17-10 when they’re in the penalty box for fewer than 10 total minutes.

Tampa Bay is 2-0 in games decided by a shootout this season while Winnipeg is 3-1 in shootouts.

For both of these clubs, the under has hit in three of their past five matchups.

Winnipeg skaters have averaged 15.0 giveaways over its last five home games, a rise over its season average of 10.4 giveaways per game (ranked 17th).