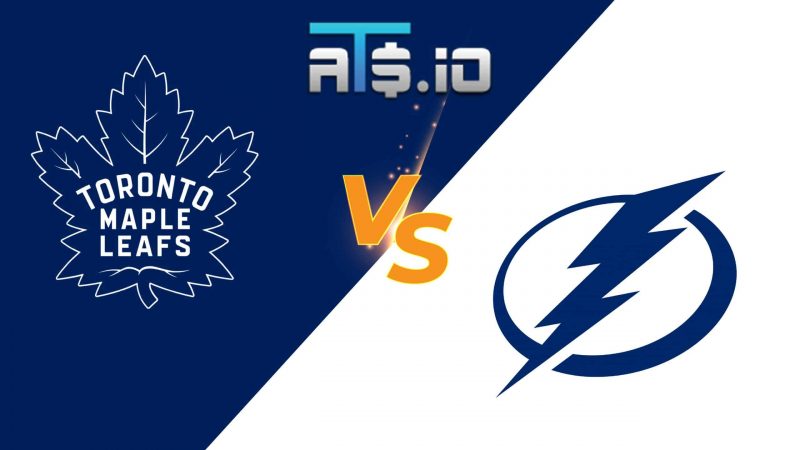 A mouthwatering Eastern Conference playoff series gets underway Monday night when the Tampa Bay Lightning visit the Toronto Maple Leafs. These two teams finished second and third in the Atlantic division to set up a blockbuster first round matchup. This game will air live on ESPN2.

Steven Stamkos had a career season as he led Tampa Bay with 106 points and 42 goals, 16 of which came on the power play. Victor Hedman was the top setup man with 65 assists. The Lightning score 3.48 goals per game and allow just 2.78.

Auston Matthews is going to win the Hart Trophy after leading the Maple Leafs with 106 points and 60 goals, 16 of which came on the power play. Mitch Marner was the top setup man with 62 assists. Toronto scores 3.80 goals per game and allow 3.07.

These two teams split the four matchups during the regular season.

Last time out, Tampa Bay visited New York and left with a 6-4 win. The Islanders led 3-1 entering the third period, but the Lightning put up five goals to end the regular season with a win. Steven Stamkos ended game 82 with a hat trick in the win. Andrei Vasilevskiy stopped 33 of the 37 shots he faced, and Tampa did not kill off the only New York power play.

Toronto ended the regular season with a 5-2 home win over Boston. The Bruins jumped out to a 1-0 lead, but the Maple Leafs quickly erased the lead after four unanswered goals. William Nylander led the way with two goals for the Leafs. Erik Kallgren stopped 24 of the 26 shots he faced, and Toronto did not kill off the only Boston power play.