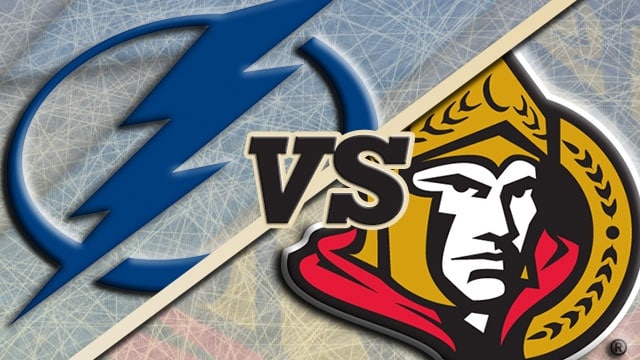 Canadian Tire Centre is the site for an enticing tilt as the Tampa Bay Lightning travel north to face the Ottawa Senators. Fox Sports Sun will showcase this Atlantic Division matchup, which gets underway at 7 p.m. ET on Saturday, January 4.

Playing the role of favorite will be Tampa Bay (-210), whereas Ottawa is a dog showing moneyline odds of +175, and the oddsmakers have set the Over/Under (O/U) at 7 goals. The line for betting that total stands at -120 for the over and even money (+100) for the under.

Tampa Bay currently has the second-strongest power-play unit in the NHL, as it’s converted on 29.5 percent of its extra-man chances this year. Its penalty kill is ranked 13th overall, and it’s successfully killed off 81.6 percent of its penalties.

Averaging 28.3 saves per game with a .909 save percentage, Andrei Vasilevskiy (18-11-2) has been the top option in goal for Tampa Bay this season. If head coach Jon Cooper chooses to rest him, however, Tampa Bay may go with Curtis McElhinney (4-6-2 record, .905 save percentage, 3.21 goals against average).

The visiting Lightning have relied heavily on Nikita Kucherov and Steven Stamkos this year. Kucherov has 42 points via 14 goals and 28 assists, and has recorded multiple points in 10 different games. Stamkos has 15 goals and 22 assists to his credit (and has registered at least one point in 23 games).

On the other side of the rink, Ottawa is 16-25 straight up (SU) and has lost 4.0 units for moneyline bettors thus far. 23 of its matches have gone over the total, while 18 have gone under and none have pushed. It’s 11-8 SU as the home team this year.

Ottawa has converted on just 11.0 percent of its power play chances this year, a mark that’s ranked 32nd in the NHL. On the other hand, its penalty kill is ranked 17th overall, and it’s successfully killed off 80.8 percent of all penalties.

Anders Nilsson has stopped 28.5 shots per game as the top netminder in the crease for Ottawa. Nilsson has nine wins, 11 losses, and two OT losses to his name and has maintained a subpar .908 save percentage and 3.18 goals against average this year.

The home team will be led on offense by Anthony Duclair (21 goals, 11 assists).

For both of these clubs, the game went over the total in four of their past five outings.

Tampa Bay has averaged 4.2 goals per game, while giving up just 2.2, over the team’s five-game winning streak.

Tampa Bay could hold the upper hand if it’s a tight one late. The team’s 11-9 in one-goal games, while Ottawa is 6-9 in such games.