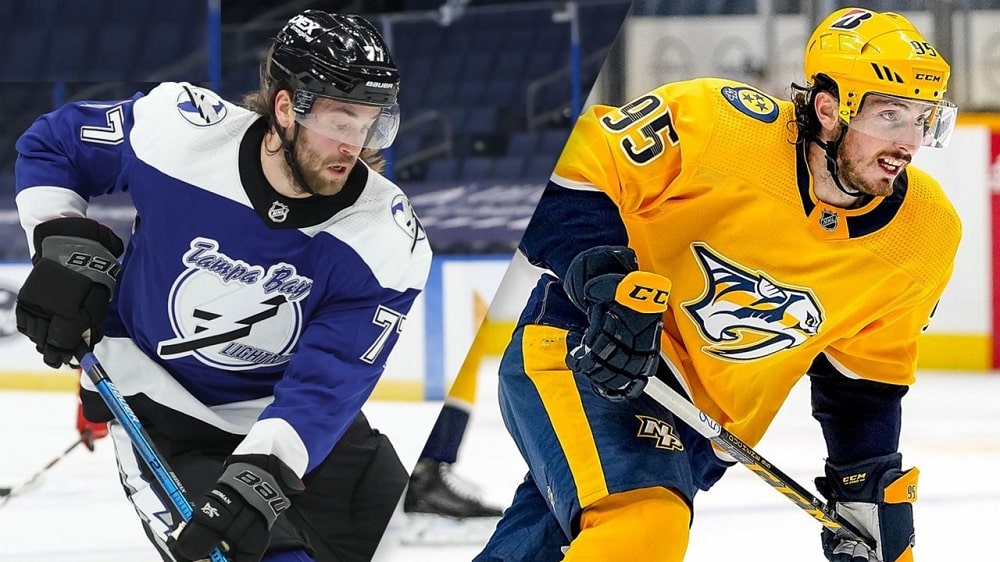 The Nashville Predators will be looking for a little revenge when they take on the Tampa Bay Lightning. The Lightning defeated Nashville on Saturday, 3-0.

Here you can find the best picks, news, and stats for this West Division battle at the Bridgestone Arena. Tampa Bay is the favorite at -175. This according to PointsBet Sportsbook, which puts the odds for Nashville at +155 as the underdog.

Center Steven Stamkos will be out for Tampa Bay. Nashville will be without three of their defensemen, including Mark Borowiecki, Alexandre Carrier, and Dante Fabbro. Filip Forsberg will also be out.

Andrei Vasilevskiy stopped all 36 shots he faced in blanking Nashville on Saturday as Tampa Bay (28-11-2) defeated the Predators, 3-0. Ross Colton, Erik Cernak, and Yanni Gourde each had a goal for the Lightning.

Tampa Bay is third in goals per game at 3.42 and is third in shooting percentage at 11.2%. They are sixth on the power-play at 24.8%. The Lightning has four players with at least 34 points, led by Victor Hedman with 37. He also leads the team in assists with 30.

The Lightning are fifth in goals allowed per game at 2.44 and are ninth on the penalty kill at 82.4%. Vasilevskiy continues to be a workhorse for the Lightning, going 25-6-1 with a 2.00 GAA and a .932 save percentage. He has four shutouts this season.

After losing to Tampa Bay on Saturday, the Predators responded with a 3-2 shootout victory over Dallas on Sunday. Juuse Saros stopped 24 of 26 shots in the win. Ryan Ellis and Yakov Trenin scored goals for the Predators.

Nashville is 27th in scoring at 2.49 goals per game and is 29th in shooting percentage at 8.3%. They are 15th on the power-play at 20.3%. With Forsberg out, Roman Josi is the top scorer with 20 assists and 24 points. Calle Jarnkrok is the leading scorer with 11 goals.

No denying that Nashville is playing exceptionally well. They are getting great goaltending and have won 10 of their last 12 games. The problem is that they have not done well against Tampa Bay, losing seven of their last eight games against the Lightning. Unfortunately, they are about to lose their eighth of the last nine.

With how well both goaltenders have been playing, the under seems like the lock here. These teams have gone under in four of the last five meetings between them in Nashville. The Predators are 4-1-4 for the under in the last nine games. I think as well as both Saros and Vasilevskiy have been playing, one has to be a fool for not expecting this game to go under.