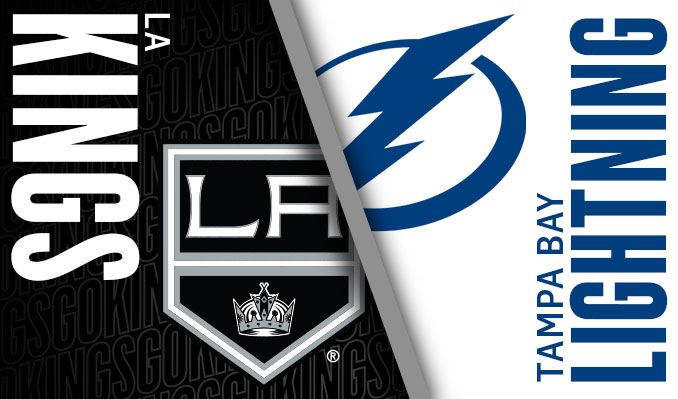 Nikita Kucherov, Steven Stamkos, and the Tampa Bay Lightning are set to do battle against Anze Kopitar, Tyler Toffoli, and the Los Angeles Kings at the Staples Center in an East-West tilt. This one will get going at 10 p.m. ET on Wednesday, January 29 and it’ll be televised live on NBC Sports Network.

Playing the role of underdogs will be the Lightning (-200), while the Kings are favored displaying moneyline odds of +170, and the Over/Under (O/U) is placed at an even 6 goals (-115 for the over, -105 for the under) at PointsBet Sports Book.

Though the team is 29-20 straight up (SU) this season, Tampa Bay has actually lost 3.3 units for bettors taking the moneyline thus far. Through 49 regular season matches, 27 of its games have gone over the total, while 21 have gone under and just one has pushed. As the away team in 2019-20, the Bolts are 14-11 SU.

Tampa Bay currently has the third-best power-play unit in the NHL, as it’s found the net on 26.6 percent of its extra-man opportunities this season. Additionally, its penalty kill is ranked fourth overall, and it has successfully killed off 83.6 percent of all penalties..

With a .917 save percentage and 28.3 saves per game, Andrei Vasilevskiy (24-12-3) has been the best option in goal for Tampa Bay this season. If head coach Jon Cooper decides to rest him, however, the team may roll with Curtis McElhinney (5-8-2 record, .902 save percentage, 3.10 goals against average).

Los Angeles is 18-32 straight up (SU) and has lost 8.9 units for moneyline bettors this year. 27 of its games have gone under the total, while 21 have gone over and just two have pushed. It’s 11-11 SU as the home team this year.

The Kings have converted on just 16.2 percent of their power play chances this season, a mark that places them in the bottom 5 overall among NHL teams. On the other hand, its penalty kill is ranked 31st overall, and it’s successfully killed off 73.4 percent of all penalties.

Jonathan Quick has stopped 25.8 shots per game as the top selection in goal for the Kings. Quick has 11 wins, 20 losses, and three overtime losses to his name and has maintained a mediocre 3.01 goals against average and a poor .896 save percentage this season.

Six of Los Angeles’ last ten games have been decided by two or more goals, and the team is 2-4 overall in those games.

Tampa Bay is 2-0 in games decided by a shootout this season while Los Angeles is 0-2 in shootouts.

Tampa Bay may hold the upper hand if this one comes down to the wire. The team’s 13-11 in games decided by one goal, while Los Angeles is 9-14 in such games.

For both of these teams, the total has gone over in three of their past five matches.

Tampa Bay skaters have averaged 6.6 giveaways over its last five home games, an improvement from its season average of 7.5 giveaways per game (ranked third in the league).

Tampa Bay skaters have accounted for the league’s 12th-most hits per game (22.5), but the team’s averaged just 15.6 hits over their last five away games.