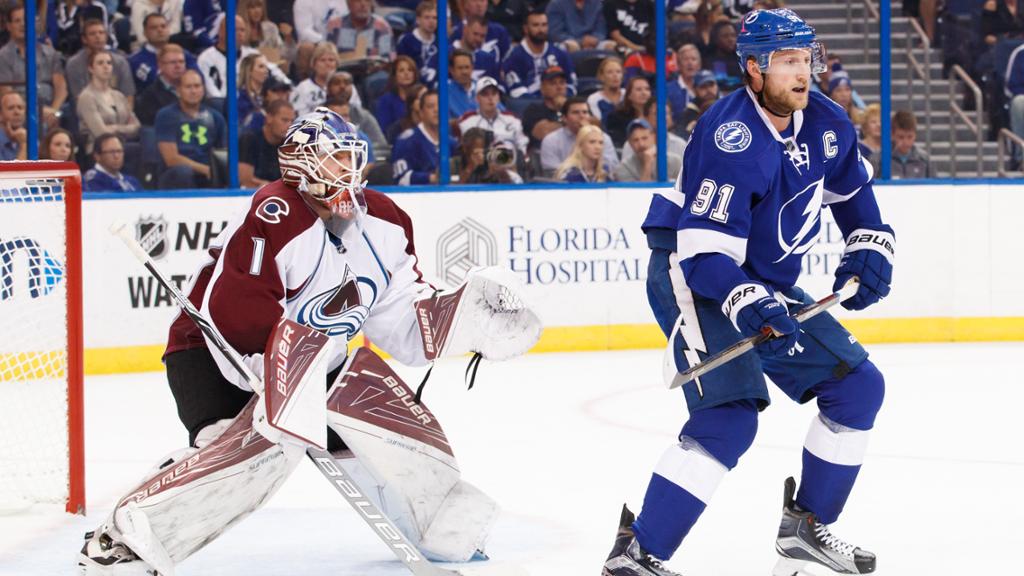 In what could be a Stanley Cup preview, the Tampa Bay Lightning and the Colorado Avalanche collide at the Pepsi Center. This East-West matchup gets underway at 9 p.m. ET on Monday, February 17, and it can be viewed live on Altitude Sports & Entertainment.

Playing the role of favorite will be Tampa Bay (-115), whereas Colorado is a dog offering moneyline odds of -105, and the Over/Under (O/U) has been placed at an even 6 goals. The odds for betting the total sit at -120 for the over and even money (+100) for the under at William Hill NJ Sportsbook.

Tampa Bay is 39-20 straight up (SU) and has earned moneyline bettors 6.8 units this season. Through 59 regular season outings, 29 of its games have gone over the total, while 27 have gone under and just three have pushed. This 2019-20 Lightning team is 19-11 SU on the road.

Tampa Bay has converted on 23.2 percent of its power play opportunities this season, a figure that’s good enough for seventh-best in the league. Additionally, it has the sixth-strongest penalty kill in the league, and the team’s successfully killed off 83.6 percent of all penalties.

Averaging 28.2 saves per game with a .921 save percentage, Andrei Vasilevskiy (32-12-3) has been the primary option in goal for Tampa Bay this season. If Tampa Bay chooses to rest him, however, they may turn to Curtis McElhinney (7-8-2 record, .913 save percentage, 2.75 goals against average).

The visiting Lightning have relied on Nikita Kucherov and Steven Stamkos this year. Kucherov (72 points) has tallied 28 goals and 44 assists, and has recorded multiple points 22 times. Stamkos has 26 goals and 35 assists to his name (and has registered a point in 37 games).

On the other side of the rink, Colorado is 33-24 straight up (SU) and has netted 1.4 units for moneyline bettors this season. Through 57 regular season contests, 28 of its games have gone over the total, while 27 have gone under and just two have pushed. It’s 15-13 SU at home this year.

Colorado has converted on 19.3 percent of its power play opportunities this season, a figure that’s right around league average. On the other hand, its penalty kill is ranked 23rd overall, and it’s successfully killed off 78.2 percent of all penalties.

Philipp Grubauer (27.1 saves per game) has been the primary option in goal for Colorado. Grubauer has 19 wins, 17 losses, and four OT losses to his name and has recorded a .916 save percentage and 2.63 goals against average this year.

Nathan MacKinnon (32 goals, 48 assists) will pace the offensive attack for the Avs.

The under has hit in each of Colorado’s last five outings.

Tampa Bay has allowed 2.6 goals per game overall this season, but is allowing just 1.6 per match up over their 10-game winning streak.

Tampa Bay might hold an advantage if this one comes down to the wire. The team’s 16-11 in games decided by one goal, while Colorado is 7-10 in such games.