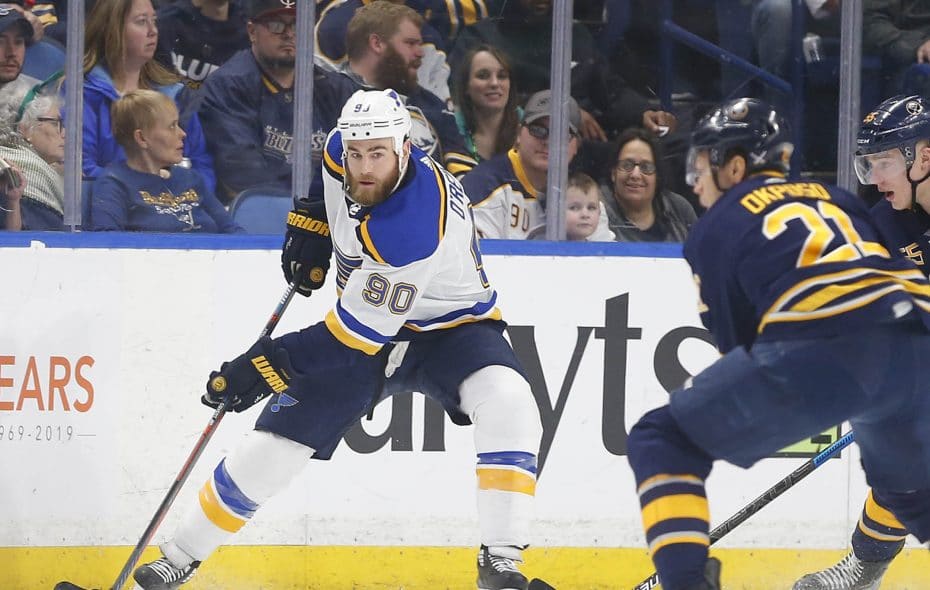 David Perron, Ryan O’Reilly, and the St. Louis Blues are set to face off against Jack Eichel, Victor Olofsson, and the Buffalo Sabres at the KeyBank Center in an East-West tilt. The match gets started at 7:30 p.m. ET on Tuesday, December 10, and you can watch the game live on NBC Sports Network.

St. Louis is 18-13 straight up (SU) and has earned 1.9 units for moneyline bettors this year. 18 of its outings have gone under the total, while 13 have gone over and none have pushed. As an away team this season, the Blue Notes are 10-6 SU.

St. Louis has converted on 23.7 percent of its power play chances this season, a mark that’s good enough for seventh-best in the league. Its penalty kill is ranked 10th overall, and it’s successfully killed off 84.3 percent of its penalties..

Buffalo is 14-17 straight up (SU) and has lost 1.1 units for moneyline bettors this year. 16 of its contests have gone over the total, while 15 have gone under and none have pushed. It’s 8-6 SU at home this year.

The Sabres have converted on just 17.6 percent of their power play opportunities this season, a figure that’s right around league average. On the other hand, its penalty kill is ranked 31st overall, and it’s successfully killed off 73.4 percent of all penalties.

Linus Ullmark has denied 30.8 shots per game as the top selection in goal for the Sabres. Ullmark has eight wins, eight losses, and two overtime losses to his credit and has maintained a .914 save percentage and 2.88 goals against average this year.

The Sabres are 1-1 in games decided by shootout. The Blues are 0-3 in shootouts.

Buffalo’s attempted 30.7 shots per game overall this season (ranked 22nd in the NHL), and 33.4 in their last five home games.

Eight of St. Louis’ last ten games have been decided by two goals or more. The team is 5-3 in those games.