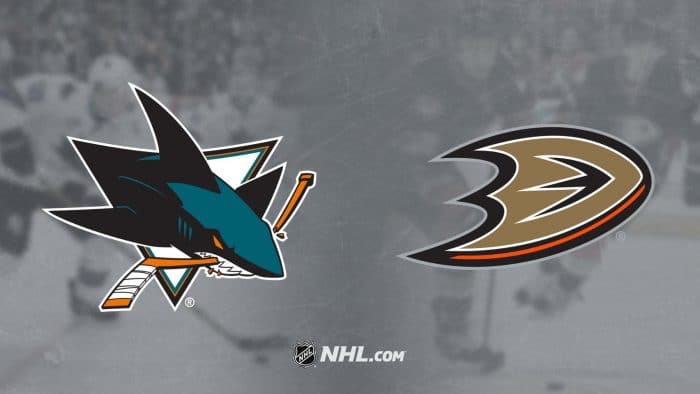 Two of the NHL’s most-penalized teams, the San Jose Sharks and the Anaheim Ducks face off at the Honda Center. This divisional matchup will get started at 10 p.m. ET on Thursday, November 14, and it will be televised live on KCOP.

The Ducks are 9-10 straight up (SU) and have not been kind to moneyline bettors (to the tune of -2.6 units) thus far. That early-season winning percentage isn’t too far off from to what the team posted during last year’s regular season (35-47). Through 19 regular season matches, 10 of its games have gone over the total, while nine have gone under and none have pushed. The team’s 6-5 SU at home thus far.

Anaheim’s converted on just 8.2 percent of its power play opportunities this season, a mark that’s ranked 31st overall in the NHL. On the other hand, its penalty kill is rated 18th overall, and it’s successfully killed off 80.0 percent of all penalties.

Boasting a .915 save percentage and 29.2 saves per game, John Gibson (6-8) has been the top option in goal for the Ducks this season. If the Ducks choose to give him a breather, however, head coach Dallas Eakins may roll with Ryan Miller (3-3-3 record, .919 save percentage, 2.61 goals against average).

Jakob Silfverberg and Adam Henrique will each lead the charge for the Ducks. Silfverberg (15 points) has tallied eight goals and seven assists and has recorded two or more points three times this year. Henrique has eight goals and five assists to his name and has notched at least one point in nine contests.

San Jose has converted on 20.3 percent of its power play opportunities this season, a figure that’s right around league average. On the other hand, its penalty kill unit is ranked first overall and it’s successfully killed off 91.4 percent of all opponent power plays.

Martin Jones (.887 save percentage and 3.28 goals against average) has been the primary option in goal for San Jose. Jones is averaging 24.1 saves per game and has six wins, nine losses, and one OT loss to his credit.

For both of these teams, the total has gone over in three of their last five games.

Anaheim has allowed 2.8 goals per game this year, but has allowed 4.3 goals per matchup in its last four contests (the team is 0-4 SU over that stretch).

Six of Anaheim’s last ten contests have been decided by two or more goals, and the team is 2-4 overall in those games.

San Jose skaters have given out the 12th-most hits in the league (22.5 per game).