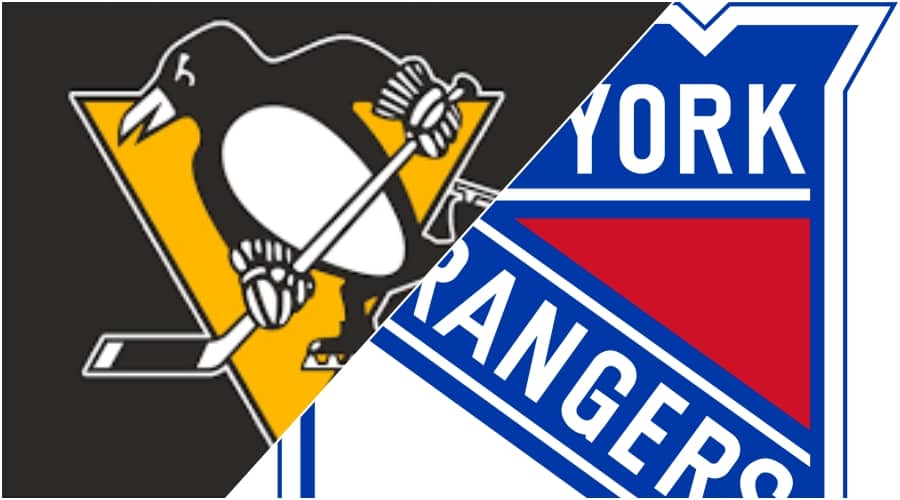 The Pittsburgh Penguins and New York Rangers will close down a two-game set at Madison Square Garden in New York on the first day of February, so here’s the best betting pick for this East Division showdown along with the latest NHL odds on BetRivers Sportsbook.

The Penguins and Rangers already had a two-game series in January, and Pittsburgh outlasted New York at home on both occasions, 4-3 in a shootout and 3-2. Last Saturday, the Pens won another shootout over the Broadway Blueshirts, 5-4.

After those two wins over the Rangers, the Pittsburgh Penguins (5-3-1) hit the road to play a two-game set at TD Garden in Boston. They lost to the Bruins 3-2 in overtime and 4-1, so Saturday’s victory was a huge relief for the Pens who won six of their previous eight encounters with the New York Rangers.

It was a proper nail-biter at Madison Square Garden, as the Pens had a one-goal lead three times before the Rangers scored twice in a row to make it 4-3 at the end of the second period. Jake Guentzel scored his third goal of the season to force overtime, while Sidney Crosby hit the winner for Pittsburgh.

New York hopes to get things going on the home ice

While the Penguins hold the fourth spot in the East Division, the New York Rangers (2-4-2) sit bottom of the standings. They put an end to a four-game losing streak last Thursday, outlasting the Buffalo Sabres 3-2 in overtime as -125 road favorites, but the Rangers couldn’t finish the job against Pittsburgh on Saturday.

Four different guts scored for New York including Artemi Panarin who leads the way for the Rangers this season with four goals and five assists. New York desperately needs more from Mika Zibanejad, as the 27-year-old center has just two points in eight appearances.

The Penguins haven’t impressed thus far, especially on the defensive end. They allow the second-most goals per game even though the Penguins’ rivals take only 27.3 shots per contest (eighth-fewest in the NHL).
Hereof, I expect the Rangers to regroup following a tough loss and beat the Pens in this one. They have some serious defensive problems, too, but the Rangers also have some very talented forwards. I hope they’ve learned something from three straight losses to Pittsburgh in less than two weeks.

Considering their previous encounter and all the defensive flaws in their games, the Penguins and Rangers should provide us another high-scoring affair. The over has hit in 15 of the last 18 meetings between the Pens and Rangers which is another reason to bet on the over.

Furthermore, the over is 6-3 in Pittsburgh’s nine games this season, and it is 5-1 in New York’s previous six contests played in February.