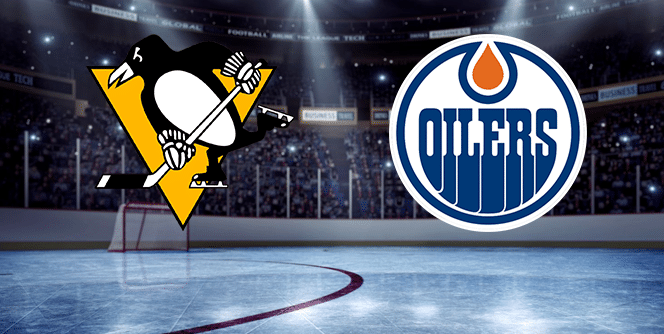 In a game between two teams that’ve positioned themselves squarely in playoff contention, the Pittsburgh Penguins and the Edmonton Oilers collide at Rogers Place. The action gets going at 9 p.m. ET on Friday, December 20, and you will be able to see this East-West matchup live on AT&T SportsNet Pittsburgh.

With a moneyline of -125, Pittsburgh enters the game as the favorite. The line for Edmonton sits at +105, and oddsmakers have set the Over/Under (O/U) at 6 goals. If bettors want to put some action on the matchup’s total, they’ll be looking at odds of -105 for the over and -115 for the under.

Pittsburgh is 20-14 straight up (SU) and has earned moneyline bettors 1.8 units this season. 18 of its matches have gone under the total, while 15 have gone over and just one has pushed. As the away team this season, the Pens are 6-8 SU.

Pittsburgh has converted on just 16.3 percent of its power play opportunities this season, a mark that places them in the bottom-10 overall among NHL teams. Its penalty kill is ranked 13th overall, and it’s successfully killed off 82.0 percent of all penalties.

For the team as a whole, Pittsburgh has been penalized just 3.0 times per game overall this season, and 3.8 per game over its last five on the road. The team has been forced to stave off opponent power plays just 6.3 minutes per game over their last 10 outings.

Averaging 24.0 saves per game with a .897 save percentage, Matt Murray (11-10-4) has been the top option in goal for Pittsburgh this season. If Pittsburgh decides to rest him, however, the team may go with Tristan Jarry (10-5), who has a .940 save percentage and 1.85 goals against average this year.

Jake Guentzel and Evgeni Malkin will both lead the offensive attack for the visiting Penguins. Guentzel (36 points) is up to 17 goals and 19 assists, and has recorded multiple points in eight different games. Malkin has nine goals and 20 assists to his name (and has logged at least one point in 15 games).

On the other bench, Edmonton is 19-18 straight up (SU) and has earned moneyline bettors 0.7 units this season. Through 37 regular season matches, 19 of its games have gone under the total, while 17 have gone over and just one has pushed. It’s 8-9 SU at home this year.

Edmonton enters the matchup with the second-strongest power-play unit in the NHL, as the team has converted on 30.4 percent of its extra-man chances this season. On the other hand, its penalty kill is ranked fifth overall, and it’s successfully killed off 85.1 percent of all opponent power plays.

Mikko Koskinen has stopped 28.5 shots per game as the top choice in goal for Edmonton. Koskinen has 12 wins, 10 losses, and two OT losses to his name and has recorded a .919 save percentage and 2.62 goals against average this season.

The home team offense will be led by Connor McDavid (20 goals, 39 assists).

Edmonton is 2-1 in games that go to shootout. Pittsburgh is 2-0 in shootouts.

For both of these teams, the under has hit in three of their past five matches.

Pittsburgh has attempted 33.7 shots per game overall this season (the second-most in the NHL), and 31.5 in its last 10 outings.

Over Pittsburgh’s last ten games, eight of them have been decided by two or more goals (the team is 5-3 in those games).

Pittsburgh skaters have dished out the league’s second-most hits per game (29.9), but that number’s down to just 19.8 hits over their last five away games.