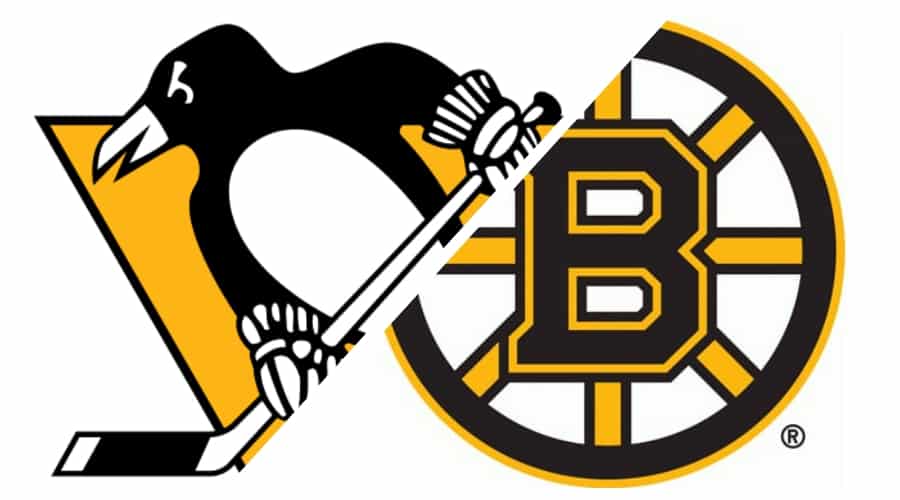 Tuesday brings 13 games around the National Hockey League, so the bettors will have a thrilling night with plenty of markets to choose from. I’ve prepared the best betting pick for the East Division showdown at TD Garden in Boston where the Pittsburgh Penguins face off against the Boston Bruins in one of the most interesting matchups.

The Bruins opened as slight -134 home favorites on BetRivers Sportsbook, while the Penguins sit at +121 moneyline odds. They meet for the first time this term, and the Bruins won two of their three last season’s encounters with the Pens.

The Pittsburgh Penguins (4-2-0) started the season with a couple of heavy losses at Philadelphia, 6-3 and 5-2, but they’ve responded in strong fashion, winning the next four games on the home ice against the Washington Capitals and New York Rangers.

Three of those four contests went to overtime and two were finished in a shootout, while the Pens beat the Rangers 3-2 in the regulation this past Sunday. Even though they surrender the third-most goals per game (3.83), the Penguins sit at the second spot of the East Division standings, one point ahead of the Bruins and one point behind the Capitals.

Sidney Crosby leads the way for Pittsburgh with three goals and four assists, while Jake Guentzel and Bryan Rust added a pair of goals and three assists each. Tristan Jarry guarded the cage in the previous two games and is 2-2-0 with a 4.28 GAA on the season, while Casey DeSmith won both his starts and posted a 2.76 GAA with a .871 save percentage.

Boston swept the Flyers, looking for more of the same against Pittsburgh

After a couple of narrow losses on the road against the New Jersey Devils 2-1 in overtime and the New York Islanders 1-0, the Boston Bruins (3-1-1) swept the Philadelphia Flyers in a two-game series on the home ice.

Boston is still without David Pastrnak (hip) who led the way last season with 95 points, so Brad Marchand and Patrice Bergeron are key players for the Bruins at the start of the new campaign, combining for 13 points in five games.

The Penguins are winless at TD Garden since 2014 while going 1-12 in their previous 13 road encounters with the Bruins. Despite their good offensive performance, the Pens have been pretty lucky to win four games in a row, so I expect to see some regression against the Bruins’ stout defense.

Boston has plenty of dangerous offensive weapons, too, and if they put on another defensive clinic, the Bruins will extend their winning streak against Pittsburgh at TD Garden.

This will be a proper test for both Pittsburgh and Boston to see how well they can defend against an elite offensive team. I can trust the Bruins’ defense, but the Penguins have shown a lot of flaws so far. Pittsburgh desperately needs more from its goaltenders who have the worst save percentage in the NHL by far.

The over is 11-3 in the last 14 encounters between Boston and Pittsburgh, 5-1 in the Pens’ last six games, and 5-0 in the Bruins’ previous five showings at home. This is a tough wager, but I will stick with these trends and hope the Penguins will find a way to deal with the Bruins’ D.