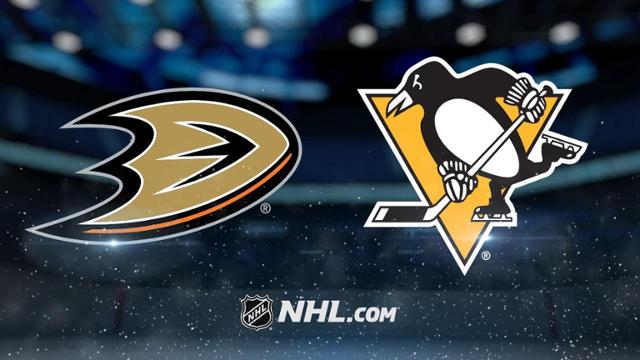 In their last head-to-head meeting of the regular season, the Pittsburgh Penguins and the Anaheim Ducks meet at the Honda Center. AT&T SportsNet Pittsburgh will showcase this East-West matchup, which gets underway at 10 p.m. ET on Friday, February 28.

Pittsburgh (-170) is being tabbed as the favorite over Anaheim (+150), and oddsmakers have put the Over/Under (O/U) at an even 6 goals. The line for betting that total stands at -105 money on the over and -115 on the under at BetMGM Sportsbook.

Pittsburgh has converted on 20.8 percent of its power play opportunities this season, a figure that’s right around league average. Its penalty kill is ranked 14th overall, and the team’s successfully killed off 81.4 percent of its penalties.

Evgeni Malkin and Bryan Rust will both look to continue their strong seasons for the visiting Penguins. Malkin (63 points) has tallied 21 goals and 42 assists, and has recorded two or more points in 19 different games. Rust has 24 goals and 26 assists to his nameand has notched a point in 30 games.

Over on the other bench, Anaheim is 25-38 straight up (SU) and has lost 12.2 units for moneyline bettors this year. 34 of its contests have gone over the total, while 28 have gone under and just one has pushed. It’s 13-17 SU at home this season.

Anaheim has converted on just 14.7 percent of its power play chances this season, a mark that’s ranked 31st in the NHL. On the other hand, its penalty kill is ranked 25th overall, and it’s successfully killed off 77.5 percent of all opponent power plays.

John Gibson (27.6 saves per game) has been the primary netminder in goal for Anaheim. Gibson has 18 wins, 29 losses, and five OT losses to his credit and has registered a poor .903 save percentage and 3.01 goals against average this year.

For both of these clubs, the total has gone over in three of their past five matches.

Pittsburgh’s attempted 32.1 shots per game overall this season (ranked 11th in the NHL), and 29.8 in its last five road outings.

Anaheim is 5-1 in games decided by a shootout this season while Pittsburgh is 3-0 in shootouts.

Pittsburgh has scored 3.3 goals per game this season, but is averaging 1.5 goals per match up over its last four games (0-4 SU over that span).

Pittsburgh could hold an advantage if this one comes down to the wire. The team’s an impressive 16-9 in one-goal games, while Anaheim is 12-17 in such games.