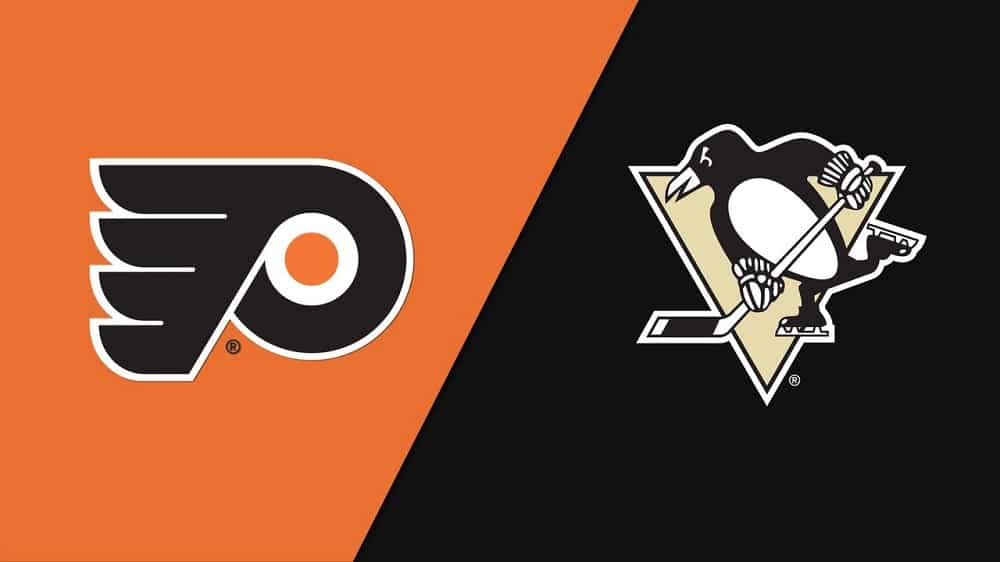 The Philadelphia Flyers look to rebound against the Pittsburgh Penguins on Thursday night. Pittsburgh beat Philadelphia on Tuesday, 5-2. That put these teams tied for fourth place in the East Division.

Here you can find the best picks, news, and stats for this East Division battle at PPG Paints Arena. Philadelphia is the favorite at -125. This according to PointsBet Sportsbook, which puts the odds for Pittsburgh at +105, making them the underdog.

LW Isaac Ratcliffe suffered a broken rib and will not be back until later in March. Pittsburgh suffered a big blow when star center Sidney Crosby was placed on the Covid-19 protocol list. He will be out indefinitely. Depth of is going to be an issue for the Penguins who will be missing two of their centers, two defenseman, and two left wings.

The Philadelphia flyers (11-5-3) took a 1-0 lead early in the second period, then watched Pittsburgh rattle off three unanswered goals on their way to a 5-2  victory. Carter Hart did not have a particularly good night, allowing five goals on 27 shots. Joel Farabee scored both goals for Philadelphia.

The Flyers are fifth in the NHL in goals per game at 3.32. It has not been thanks to their power-play, ranked 21st at 17.7%. James van Riemsdyk is the team leader in points with 26. He is tied with Farabee with 10 goals.

Philadelphia is allowing 3.00 goals per game (20th). The penalty killing has been mediocre to say the least, killing off only 72.7% of their opportunities (27th). Hart is 6-4-3 in 13 starts with a 3.49 GAA and a .893 save percentage. He has been quite inconsistent of late, giving up four goals to Washington on February 7, then holding New York to two goals on 33 shots on February 18. He then gave up six to Boston on February 21 before shutting out Buffalo on February 28. No telling what the Flyers will get out of them here.

The Pittsburgh Penguins (12-8-1) started their five-game homestand on the right note with the victory over Philadelphia. Tristan Jarry stopped 40 of 42 shots and Kasperi Kapanen scored two goals for the Penguins. They were one of three on the power-play.

Pittsburgh is allowing 3.19 goals per game (29th). They are allowing 29.6 shots per contest, and have not been very good on the penalty killing either, averaging 74.2% (24th). Jarry looks like he is finally getting into a rhythm. The Pittsburgh netminder is 8-6-1 in 15 starts with a 3.06 GAA and a .900 save percentage. He has allowed three goals or fewer and eight straight starts.

With Crosby out, the team will have to rely on some of the rather veteran talent to pick up the slack. Evgeni Malkin is having a disappointing season with just 13 points. Jake Guentzel leads the team with seven goals, 11 assists, and 18 points.

The loss of Crosby is a big one, but Pittsburgh has one huge edge in this contest. Jarry has been far better than Hart. I get that by the way that Hart has been performing, this should be the contest where he plays well. However, I am not putting my confidence in him.

The Penguins have been playing quite well of late, going 7-3-0 in their last 10. Even more impressive is that they are 8-1-0 at home this year.

These teams combined for seven goals in their last game. They have now gone over in four straight meetings and have gone over in 19 of the last 28 meetings in Pittsburgh. Philadelphia has gone over in seven of their last 11 games on the road. Trends say to go with the over, so are we to argue with that?