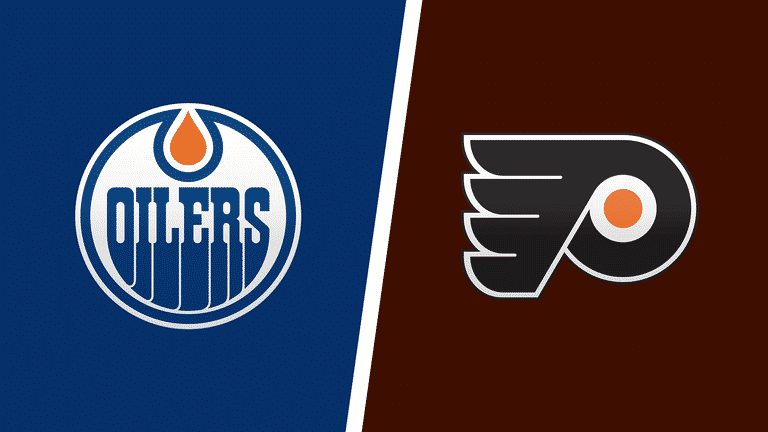 Wednesday night on the NHL schedule features five games and the marquee contest is in Edmonton where the high-powered Oilers will host the Philadelphia Flyers.

This Flyers vs Oilers matchup features two teams on strong starts to the first month of the regular season. Philadelphia comes into Alberta with a strong 2-1-1 record, losing just once in regulation as they appear to already be on pace for a turnaround season and a return to the playoffs.

New bettors at BetMGM Sportsbook can bet on either team to win this Flyers vs Oilers game and get refunded up to $1,000 if the bet doesn’t win.

With the risk-free bet available to new players at BetMGM sportsbook, bettors can wager up to $1,000 on the Flyers or Oilers and keep the profits if they win. And if the bet loses, BetMGM will refund bettors up to $1,000 on their Flyers vs Oilers wagers.

Edmonton’s start to the regular season has been literally perfect as the Oilers have yet to lose in five games. That perfect start has come due to everything going right so far in Oil Country. Youngster Evan Bouchard has hit the ground running in an increased role on the blueline and offseason addition Duncan Keith has turned back the clock and is playing like a reliable veteran after looking like his career was finished in Chicago last season.

Where the Oilers success has come is in attack as the loaded group of forwards in Edmonton are lighting up the lamp at a quick pace. The Oil has scored five or more goals in their last four games as teams have had issues containing the skill of Connor McDavid, Leon Draisaitl, Zach Hyman, and co. thus far.

The Flyers will likely experience similar struggles in stopping the Oilers hgh powered attack. Like Edmonton, Philly’s strength is upfront and that is without accounting for tonight’s expected absence of Ryan Ellis on the blueline. Ellis was the Flyers’ big offseason addition and has delivered so far in the expectation of strengthening the defense.

Ellis is one of the highest-ranked defensemen in the league in expected goals against per 60 minutes on a Flyers team that is one of the league’s worst performers in that analytic. Without Ellis in the lineup, the Oilers will have a far easier time breaking down the defense and testing Flyers goaltender Carter Hart.

Why Bet Carter Hart Over 28.5 Saves

Looking at the analytics and the absence of Ellis, this matchup looks to be in the Oilers favor. Unfortunately, the oddsmakers agree and the Oilers odds are chalk heavy at -185.

I am betting on the Player Saves market and taking Carter Hart Over 28.5 saves.

With no Ellis on the blueline and the Flyers entering their first road trip of the year with a gaping hole in defense, I expect a lot of action in the Flyers defensive zone in this one.

With offensive zone time comes shots on goal and with shots on goal come saves. If the talented Hart is under siege tonight, the total saves number should fly over the 28 save mark and into the thirties.

Those who want to stick to a side in this content should take the Oilers, even with the short price. However, for those with player props available, Carter Hart OV 28.5 saves at -110 odds is the pick of the night on the ice for my money.

NHL Metropolitan Division Futures: Why The Philadelphia Flyers Have the Best Value