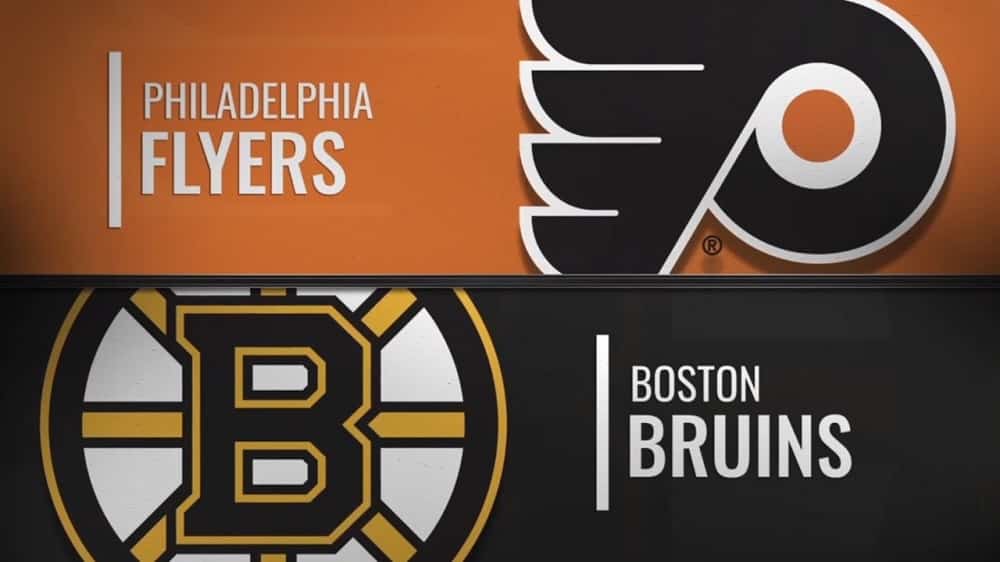 It is the first in a home-and-home series on back-to-back nights between the Boston Bruins and Philadelphia Flyers starting on Monday when the teams meet in Boston. The Bruins blew out Philadelphia the last time these teams met, 7-3.

Here you can find the best picks, news, and stats for this Central Division battle at the TD Garden. Boston is the favorite at -172. This according to PointsBet Sportsbook, which puts the odds for Philadelphia at +150 as the underdog.

Philadelphia lost left-wing Isaac Ratcliffe to a rib injury. He will be out for at least a couple of weeks. Boston will be without four of their defensemen, including Brandon Carlo. Jeremy Lauzon is listed as questionable for Monday’s game. The big loss is star goaltender Tuukka Rask, who is out indefinitely.

Philadelphia battled back from a two-goal deficit to tie the score with two third-period goals by Claude Giroux, but lost in a shootout to the New York Islanders, 3-2. Carter Hart was solid in the net, stopping 22 of 24 shots. Jakub Voracek and Travis Konecny assisted on both of the tallies by Giroux.

Philadelphia is 13th in the NHL at 3.00 goals per game and is ninth in shooting percentage at 10.2%. They are 19th on the power-play at 19.3%. Joel Farabee is the team leader in goals with 14. James van Riemsdyk is second with 13 goals and leads the team in points with 31.

After falling on Thursday to Pittsburgh, 4-1, Boston rebounded on Saturday to earn a 7-5 victory. Brad Marchand led the way with a hat trick and added an assist for a four-point evening. Jaroslav Halak did not have a good evening, stopping 23 of 28 shots.

The Bruins are a solid defensive team, sixth in the NHL in goals allowed per game at 2.47. They are first in penalty killing at 89.0%. With Rask out, the pressure falls on Halak. He is 9-5-3 with a 2.44 GAA and a .910 save percentage. However, he has allowed four goals or more in three of his last four starts.

The Bruins have beaten Philadelphia in five straight games, and they are 15-5 in the last 20 meetings in Boston. In fact, Philadelphia has not beaten Boston since August 2020. The Bruins clearly have the Flyers number. Even with Halak not playing it his best, he is still much better than Hart.

These teams have gone over in four of the last five meetings. They have played each other five times this season and at least seven goals have been scored in four of those five games. Neither team is getting particularly great goaltending and Boston showed that they can put some pucks in the net in their shootout victory over Pittsburgh. Hart is not better than Casey DeSmith, so this could be quite an offensive showcase.