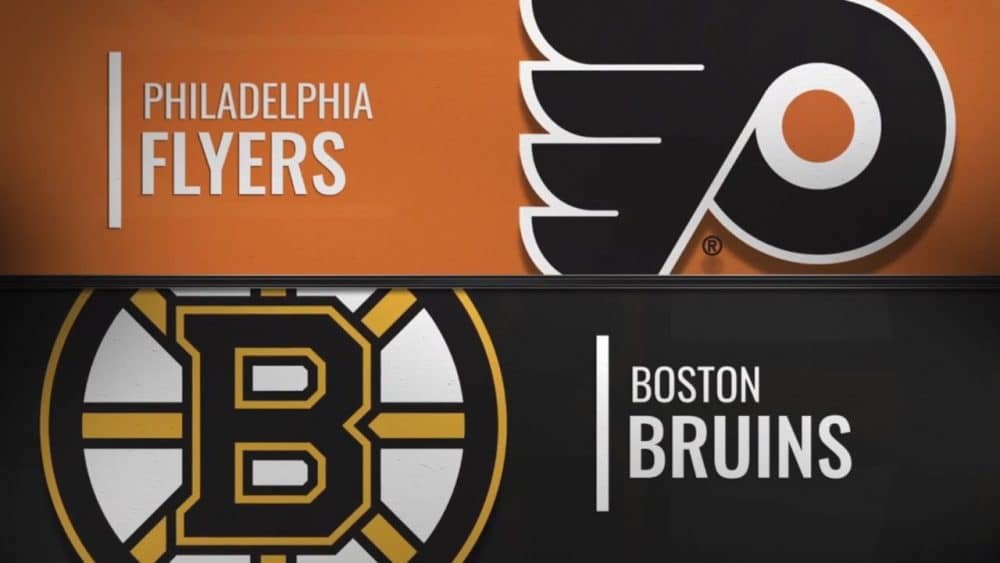 The Philadelphia Flyers and Boston Bruins head to Edgewood Tahoe Resort this Sunday night, so I bring you the best betting pick for their Honda NHL Outdoors showdown along with the latest odds on William Hill Sportsbook.

Due to the COVID-19 medical protocols, the Flyers will miss five players including wingers Travis Konecny, Oskar Lindblom, and Jakub Voracek. On the other side, the Bruins are without injured defensemen Jakub Zboril and Matt Grzelcyk, center David Krejci, and winger Ondrej Kase.

Philadelphia and Boston have already met each other four times this season, and the Bruins have defeated the Flyers on all four occasions.

After four postponed games in the last ten days, the Philadelphia Flyers (8-3-3) returned to action at Madison Square Garden in New York last Thursday. They lost to the NY Rangers in a shootout, 3-2, tallying their third defeat in the last four games overall.

The Flyers are tied with the Capitals and Islanders for the second spot in the East Division. They score 3.43 goals per game (7th in the NHL) while tallying a 14.5 shooting percentage (1st) and a 19.1 power-play percentage (18th).

The Boston Bruins (10-3-2) will look to avoid their first three-game losing streak of the season. After a 4-2 defeat at the New York Islanders, the Bruins suffered a tough 3-2 home loss to the New Jersey Devils this past Thursday as massive -220 moneyline favorites.

Boston scores only 2.80 goals per game (20th in the NHL) and owns the tenth-worst shooting percentage in the league (8.9%). At least, the Bruins have the eighth-best power-play percentage, going 14-for-47 with the man advantage (29.8%).

The Bruins mostly lean on their stout defense, yielding just 2.20 goals per contest (3rd). Also, their penalty-killing percentage is the best in the NHL (88.9%). Tuukka Rask will get the starting nod Sunday at Tahoe Lake, and he’s 6-2-1 with a 2.51 GAA and a .906 save percentage this season.

The Flyers will have a mountain to climb in this one, considering all their problems with medical protocols. Also, I’m expecting the Bruins to bounce back from a couple of tough losses and get back on the winning path.

Boston is a better defensive team than Philadelphia, so the Bruins should finally get things going offensively. They’ve won the previous four games against the Flyers this term, scoring exactly four goals per game.

Only one of Boston’s last five contests produced more than five goals in total, and I think we’ll see six or more in this one against Philadelphia. The Flyers will miss three very important wingers and could struggle against the Bruins’ mighty defense, but I’m expecting Boston to score at least four.

If they build an early lead, the Bruins might underestimate the short-handed Flyers and allow a couple of goals. The over has hit in three of the previous four encounters between Boston and Philadelphia.