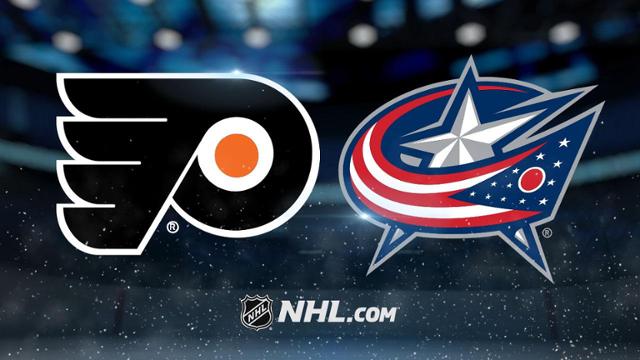 Nationwide Arena is playing host to an intriguing clash as the Columbus Blue Jackets welcome the visiting Philadelphia Flyers. NBC Sports Network will air this Metro Division matchup, and the puck drops at 7 p.m. ET on Wednesday, November 27.

The money line for each team is currently set at an identical -110 and the oddsmakers have set the Over/Under (O/U) at 6 goals. The odds for betting the total sit at -105 money on the over and -115 on the under.

Philadelphia has converted on 19.8 percent of its power play chances this year, a figure that’s right around league average. Its penalty kill is ranked fifth overall, and it has successfully killed off 85.9 percent of its penalties.

Travis Konecny and Sean Couturier will both lead the way for the visiting Flyers. Konecny (23 points) is up to eight goals and 15 assists, and has recorded multiple points five times. Couturier has seven goals and 11 assists to his name (and has notched at least one point in 13 games).

Columbus is 10-13 straight up (SU) and has lost 2.2 units for moneyline bettors thus far. 13 of its games have gone under the total, while nine have gone over and just one has pushed. It’s 7-6 SU as the home team this year.

Columbus has converted on 19.5 percent of its power play chances this year, a mark that’s right around league average. On the other hand, its penalty kill is ranked 19th overall, and it’s successfully killed off 80.3 percent of all opponent power plays.

Joonas Korpisalo (25.6 saves per game) has been the top choice in goal for Columbus. Korpisalo has 10 wins, eight losses, and one overtime loss and has maintained a mediocre 2.86 goals against average and a subpar .902 save percentage this season.

The Jackets offense will be led by Pierre-Luc Dubois (10 goals, seven assists).

For both of these clubs, the total has gone over in three of their last five matches.

Two offenses that have pounded opposing nets with shots, Philadelphia has taken the league’s seventh-most shots on goal (33.7) and Columbus’s attempted the 10th-most (33.1).

The Flyers are 4-9 in games where they serve fewer penalty minutes than their opponent and 7-11 when they’re in the penalty box for fewer than 10 minutes, total.

Five of Philadelphia’s past 10 outings have been decided by a shootout. The team is 2-3 in those games and 3-5 overall in shootouts this season.