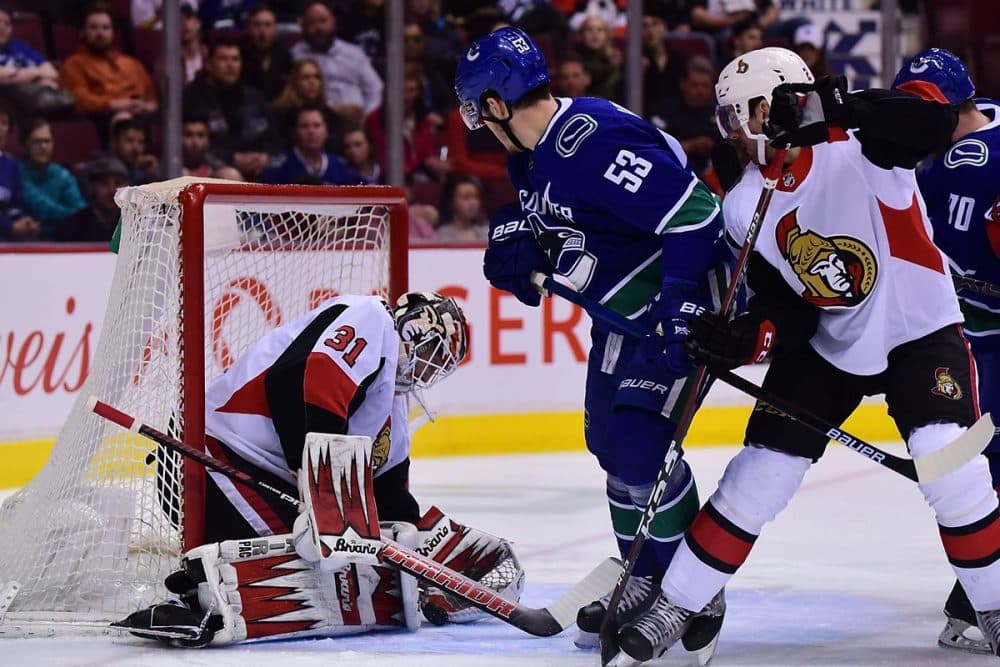 There’s only one game in the National Hockey League on Monday, January 25, so I’ve prepared the best betting pick for the North Division showdown between the Ottawa Senators and Vancouver Canucks along with all key betting tips and trends.

Ottawa and Vancouver will meet for the first time this season, starting a three-game series at Rogers Arena in Vancouver. The Canucks opened as firm -150 moneyline favorites on BetRivers Sportsbook, and they’ve won four of their last five matchups with Ottawa.

The Senators hope to snap a four-game skid

After a 5-3 home win over the Toronto Maple Leafs in their opening game of the season, the Ottawa Senators (1-3-1) have dropped four straight games. The previous three losses came against the Winnipeg Jets including a 6-3 defeat at Bell MTS Place in Winnipeg this past Saturday.

The Senators started a seven-game road trip with a tough loss. They had a 3-2 lead at the end of the second period, but the Senators fell apart in the final 20 minutes, yielding four unanswered goals.

Matt Murray guarded the cage in each of the first four games of the season, while Marcus Hogberg patrolled the crease last Saturday, allowing five goals on 40 shots. Murray has a 3.79 GAA with a .880 save percentage, so the Senators desperately need more from their goalies.

The Canucks’ defense continues to struggle

The Vancouver Canucks (2-5-0) opened a six-game homestand with a 6-5 shootout victory over Montreal last Wednesday, but the next two games against the Canadiens were quite painful. They suffered a couple of heavy losses, 7-3 and 5-2, so the Canucks now officially possess the worst defense in the NHL, yielding 4.80 goals per contest.

While Braden Holtby is 2-2-0 with a 3.70 GAA and a .888 save percentage in his first four starts, Thatcher Demko is 0-3-0 with a terrible 5.47 GAA and a .865 save percentage. Interestingly, neither of these two guys has got two straight starting nods, and it’s Demko’s turn to guard the cage.

Center Bo Horvat leads the way for skaters with five goals and three assists. Defenseman Quinn Hughes (G0, A6) and winger Brock Boeser (G4, A2) have six points each, but the Canucks desperately need more from Elias Pettersson who’s scored just one goal and one assist through the first seven games.

Both Ottawa and Vancouver have struggled thus far, especially on the defensive end, and it’s tough to predict who’ll win Monday’s clash. I would lean on Vancouver’s offense, as the Canucks certainly look like a more potent team than the Senators.

Furthermore, I’m looking for Thatcher Demko to step up and avoid his fourth straight loss. The 25-year-old goalie went 13-10-2 with a 3.06 GAA and a .905 save percentage last regular season while allowing just two goals in three playoff appearances.

I’ve mentioned that Vancouver has the leakiest defense in the NHL, and the Canucks are allowing a whopping 36.3 shots per game which are the third-most in the league. On the other side, the Senators are yielding 4.00 goals per contest (29th in the NHL) on 31.6 shots (22nd).

Vancouver has earned the most power-play opportunities by far (47) while scoring 13 goals in the process. The Canucks were short-handed 37 times and surrendered 13 goals, so the Senators could improve their record here, as Ottawa is only 3-for-20 with the man advantage.

Both teams expect to see more from their goaltenders who’ll start improving at some point, but I have to bet on the over that has hit in six of Vancouver’s last seven games and eight of Ottawa’s previous 12 contests.