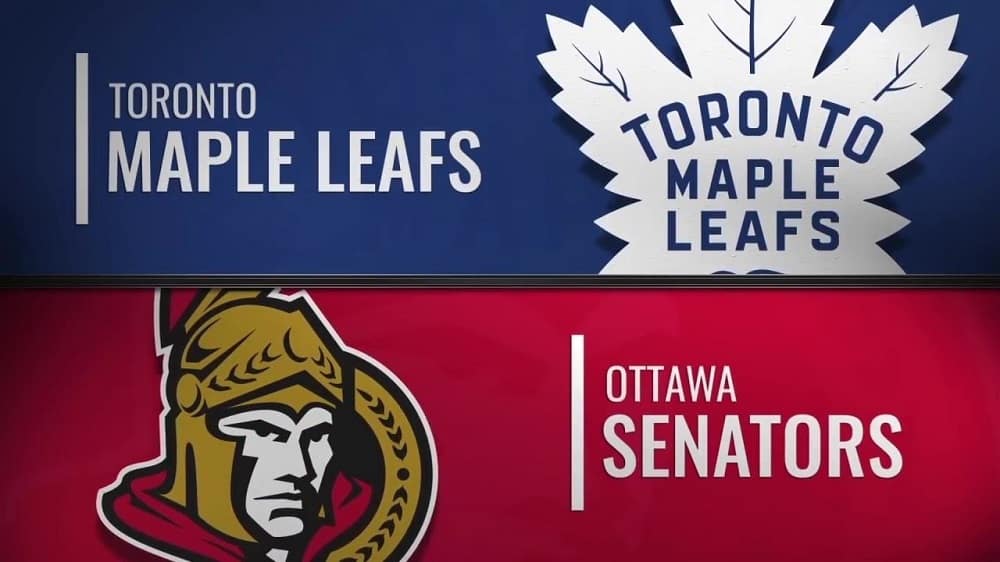 Ottawa stunned Toronto last Monday, escaping with a 6-5 overtime victory as a +260 road underdog, so I’m taking a closer look at their Wednesday’s duel to bring you the best Senators vs. Maple Leafs betting pick.

The Maple Leafs are listed as massive favorites once more, opening at -295 moneyline odds on BetRivers Sportsbook. The Senators are +260 dogs, and the total sits at 6.5 goals.

The Ottawa Senators (4-12-1) are sitting bottom of the North Division with just nine points on their tally. They are the worst team in the NHL, but the Senators have won two games in a row, outlasting the Winnipeg Jets 2-1 as +180 road dogs before that massive upset at Scotiabank Arena in Toronto.

The Senators overcame a four-goal deficit last Monday. They trailed 5-1 with one minute left on the clock in the second period and were shorthanded. Nick Paul started Ottawa’s crazy run with nine seconds left in the second, and Evgenii Dadonov finished the job after 2:19 of play in overtime.

Ottawa has the fourth-lowest scoring offense in the NHL, tallying just 2.35 goals per game. Their shooting percentage is the second-worst in the league (7.4%), while the Senators went 8-for-64 with the man advantage (25th in the NHL).

The Maple Leafs dropped two games in a row

The Toronto Maple Leafs (11-3-2) are still topping the North Division despite a couple of straight losses to Montreal and Ottawa at home. Before that embarrassing defeat against the Senators, the Leafs suffered a narrow 2-1 loss to the Canadiens, blowing a lead in the third period.

Toronto has the second-highest scoring offense in the NHL, scoring 3.63 goals per game. The Maple Leafs’ shooting percentage of 12.3 is the fourth-best in the league, and Toronto scored 16 goals on 46 power-play opportunities (2nd in the NHL).

With Jack Campbell on the sidelines, Frederik Andersen has guarded the cage in nine straight games. Andersen is 9-3-2 with a 2.79 GAA and a .901 save percentage, while the Maple Leafs rank 19th in the league in penalty-killing percentage (78.2%).

I’m expecting a revenge performance by the Maple Leafs. They are 1-2 against Ottawa this term after splitting a two-game road series at the start of the season. Toronto’s special team struggles to defend, but nothing can compare with the Sens’ defensive woes.

I’m not sure about the totals despite Ottawa’s awful defense and Toronto’s prolific offense. A lot will depend on Toronto’s D, and I’ve mentioned the Leafs’ mediocre defense with the man down. The Maple Leafs allow 2.75 goals per contest (14th in the NHL), so the Sens could score a couple of goals.

Hereof, I will take the over, though Toronto remains my best pick here. The under is 10-3-1 in the Maple Leafs’ last 14 games on the home ice, and it is 6-2 in the Senators’ previous eight contests overall. On the other hand, the over is 11-4 in the last 15 encounters between Ottawa and Toronto.