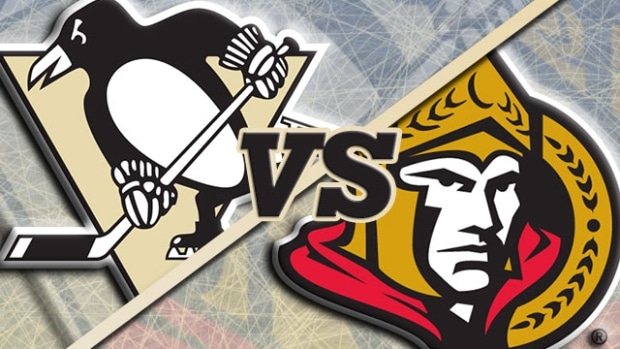 In their first head-to-head meeting of the regular season, the Ottawa Senators and the Pittsburgh Penguins take the ice at PPG Paints Arena. AT&T SportsNet Pittsburgh will broadcast this Eastern Conference matchup, which gets going at 7 p.m. ET on Monday, December 30.

Pittsburgh heads into the game as the noticeable favorite with a -240 moneyline. The line for Ottawa sits at +200 and the Over/Under (O/U) has been set at 7 goals. If gamblers want to play the matchup’s total, they’ll be looking at odds of -110 money on the over and -110 for the under.

The Penguins are 23-15 straight up (SU) and have netted 4.1 units for moneyline bettors this year. That winning percentage, the league’s fourth-strongest so far in the early season, is an improvement compared to how the team performed during the 2018-19 season (44-38). Through 38 regular season contests, 19 of its games have gone under the total, while 18 have gone over and just one has pushed. This season, the team is 15-6 SU at home.

Pittsburgh’s converted on 19.3 percent of its power play opportunities this year, a figure that’s right around league average. On the other hand, its penalty kill is ranked 15th overall, and it’s successfully killed off 81.0 percent of all penalties.

Averaging 24.3 saves per game with a .894 save percentage, Matt Murray (12 wins, 11 losses, and four OT losses) has been the top goalkeeper for the Penguins this year. If they decide to rest him, however, head coach Mike Sullivan may roll with Tristan Jarry (12-5-5 record, .939 save percentage, 1.87 goals against average).

Jake Guentzel and Evgeni Malkin will each be focal points for the Penguins. Guentzel (40 points) is up to 19 goals and 21 assists and has recorded two or more points in eight different games this year. Malkin has nine goals and 26 assists to his credit and has recorded at least one point in 19 games.

In the other locker room, Ottawa is 16-23 straight up (SU) and has lost 0.6 units for bettors taking the moneyline this year. A total of 20 of its contests have gone over the total, while 18 have gone under the total and none have pushed. Ottawa’s 5-16 SU as a road team this season.

Ottawa has converted on just 11.5 percent of its power play chances this season, a figure that’s ranked 32nd in the NHL. On the other hand, its penalty kill unit is ranked 11th overall and it’s successfully killed off 81.7 percent of all opponent power plays.

Anders Nilsson (.908 save percentage and 3.18 goals against average) has been the primary option in goal for Ottawa. Nilsson is averaging 28.5 saves per game and has nine wins, 11 losses, and two overtime losses to his credit.

Leading the offensive firepower for the visiting Senators will be Anthony Duclair (21 goals, 10 assists) and Jean-Gabriel Pageau (18 goals, 11 assists).

Penalties and power plays could prove to be even more critical than usual in tonight’s matchup. The Senators are 5-10 in games where they serve fewer penalty minutes than their opponent and 7-11 when they’re in the penalty box for fewer than 10 minutes, total. The Penguins are 13-7 when they serve fewer penalty minutes than the opposition and 16-12 when they’re in the box for less than 10 minutes.

Pittsburgh is 2-0 in games decided by a shootout this season while Ottawa is 0-2 in shootouts.