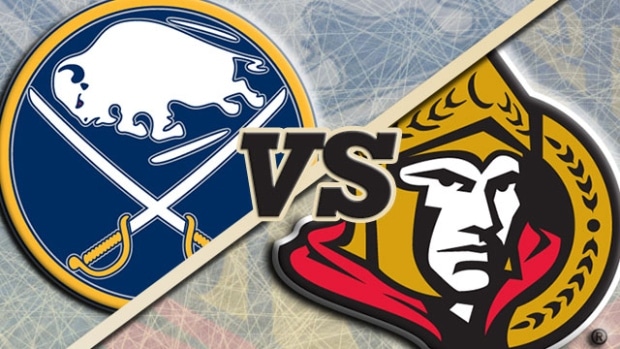 The Ottawa Senators, led by Anthony Duclair and Connor Brown, are ready to take the ice against Jack Eichel, Sam Reinhart, and the Buffalo Sabres at the KeyBank Center for a divisional showdown. The opening face-off is at 7 p.m. ET on Tuesday, January 28, and you will be able to witness it live on The Sports Network.

Buffalo is 22-27 straight up (SU) and has lost 1.7 units for moneyline bettors thus far. That early-season winning percentage isn’t too far off from to the 33-49 record the team managed during the 2018-19 season campaign. Of the team’s 49 regular season outings, 24 have gone under the total, while 23 have gone over and just two have pushed. The team is 14-9 SU at home this year.

The Sabres have converted on 19.2 percent of their power play chances this year, a figure that’s right around league average. On the other hand, their penalty kill is ranked 27th overall, and they’ve successfully killed off 75.5 percent of all penalties.

Averaging 28.5 saves per game with a .914 save percentage, Linus Ullmark (16 wins, 16 losses, and three OT losses) has been the top option in goal for Buffalo this season. If Buffalo decides to give him the evening off, however, it may roll with Carter Hutton (6-11-11 record, .892 save percentage, 3.34 goals against average).

Ottawa has lost 8.8 units for bettors taking the moneyline thus far and is currently 17-32 straight up (SU). 26 of its outings have gone over the total, while 21 have gone under the total and just one has pushed. As the road team this season, the Senators are 5-19 SU.

The Senators have converted on just 12.8 percent of their power play chances this year, a mark that’s ranked 31st in the NHL. On the other hand, its penalty kill unit is ranked 16th overall and it’s successfully killed off 81.3 percent of all penalties.

Anders Nilsson (.908 save percentage and 3.18 goals against average) has been the primary option in goal for Ottawa. Nilsson is averaging 28.5 saves per game and owns a 9-11-2 record.

The Sabres are 1-1 in games decided by shootout. The Senators are 0-4 in shootouts.

The total has gone under in three of Ottawa’s last five games.

Over Ottawa’s last ten games, six of them have been decided by two or more goals (the team is 1-5 in those games).

Ottawa skaters have given out the league’s fifth-most hits per game (27.3).