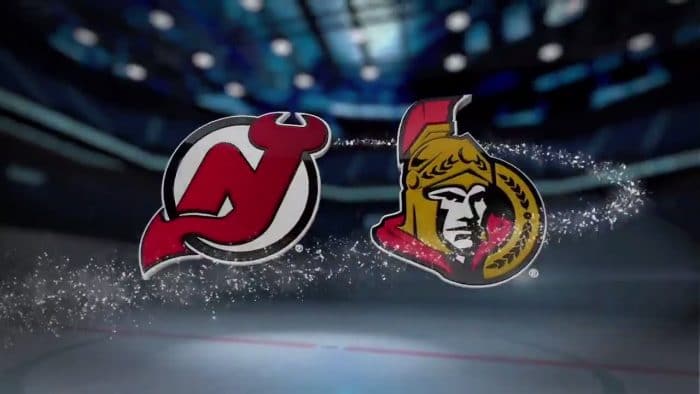 Jean-Gabriel Pageau, Connor Brown, and the Ottawa Senators are set to face off against Kyle Palmieri, Taylor Hall, and the New Jersey Devils at the Prudential Center in an Eastern Conference showdown. The action will get going at 7 p.m. ET on Wednesday, November 13, and it will air live on MSG Network.

With a moneyline of -180, New Jersey heads into the contest as the substantial favorite. The line for Ottawa sits at +160, and the Over/Under (O/U) has been set at 7 goals (-120 money on the under, +100 on the over). All lines are from DraftKings Sportsbook

Ottawa is 6-11 straight up (SU) and has lost 2.5 units for moneyline bettors this year. Through 17 regular season outings, nine of its games have gone over the total, while eight have gone under and none have pushed. The Sens are 1-7 SU as an away team in 2019-20.

Ottawa has converted on just 6.7 percent of its power play chances this season, a figure that places them in the bottom- overall among NHL teams. On the other hand, its penalty kill is ranked 22nd in the league, and the team’s successfully killed off 79.4 percent of its penalties..

Averaging 31.2 saves per game with a .921 save percentage, Anders Nilsson (4-5-1) has been the top option in goal for Ottawa this season. If it decides to rest him, however, Ottawa may roll with Craig Anderson (2-8 record, .891 save percentage, 3.49 goals against average).

Over on the other bench, New Jersey is 5-11 straight up (SU) and has lost 5.8 units for moneyline bettors thus far. 10 of its games have gone over the total, while six have gone under and none have pushed. So far this year, the team is 2-6 SU at home.

The Devils have converted on just 13.6 percent of their power play chances this season, a mark that’s ranked 26th in the NHL. On the other hand, its penalty kill is ranked 27th overall, and it’s successfully killed off 74.1 percent of all opponent power plays.

MacKenzie Blackwood (24.4 saves per game) has been the top netminder in the crease for the Devils. Blackwood has five wins, six losses, and three OT losses and has recorded a pedestrian 2.93 goals against average and a subpar .896 save percentage this season.

Ottawa has averaged 10.8 giveaways over its last five home games, an improvement from its season average of 12.6 giveaways per game (ranked 28th overall).

New Jersey has averaged 7.2 giveaways over its last five home games, its season average of 7.8 giveaways per game (ranked 2nd).

Ottawa skaters have dished out the most hits in the league (29.1 per game), but that number’s down to just 24.0 hits over their last five away games.