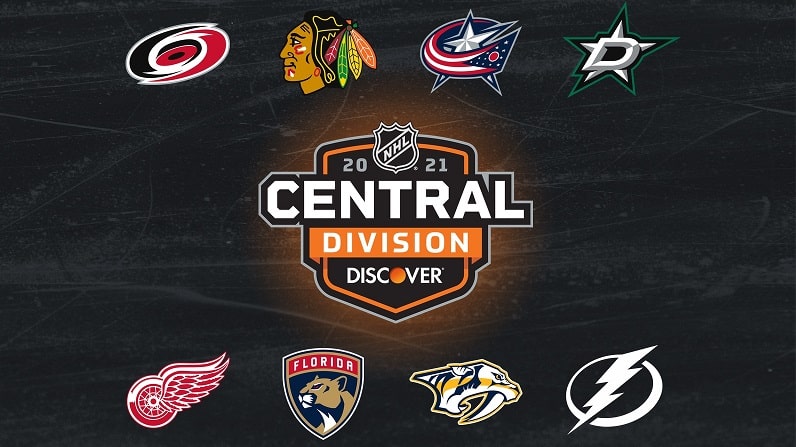 NHL Central Division Futures: Why The Stars Are The Best Bet

The 2021-22 National Hockey League season commences October 12. Before the NHL drops the puck on a new season, it is time for bettors to take a look at which futures bets provide the best value.

Today, we take a look at the Central Division board as we preview the best NHL futures for the season. The Central is yet another division with a clear favorite that is priced far too short to entice bettors to make a wager. Oddsmakers have the Colorado Avalanche priced at an unexciting -260 price as heavy favorites.

So who should bettors be looking for to place their money in the Central? The answer is the Dallas Stars. At +700 odds, the Stars are good value for a nice futures bet for a variety of factors.

Why Bet The Stars In The Central

The most encouraging sign for the Dallas Stars chances for success in 21-22 is in a clean slate and clean bill of health. Superstar goalscorer Tyler Seguin missed all but three games for the Stars last year and his presence was missed. Key contributor Alexander Radulov also missed all but 11 games in what was a wasted season for the Stars.

With two elite forwards missing effectively the entirety of last season, the Stars had no chance to succeed. Yet, the Stars finished just four points out of a playoff spot despite two major absences. Seguin and Radulov being back in the fold should return the Stars back to contender status.

Suter In The Fold

Beyond the returns of Seguin and Radulov, the Stars made a solid free agency investment to bolster their blueline. Veteran stalwart Ryan Suter was signed to head to Dallas to pair with expected defense partner Miro Heiskanen. Suter gives the Stars a proven blueline presence who can also chip in offensively.

Like Seguin and Radulov, Suter struggled with injuries last season and is a player the Stars should cash in on having a more productive year. A familiar theme for a Stars roster that is looking and hoping to receive the dividends of returning, healthy contributors to its lineup.

In goal, the Stars might possess the deepest collection of goaltending talent in the league. Anton Khudobin is still in the mix and is expected to contribute as a familiar presence in goal after guiding Dallas to the Stanley Cup Finals in the 2019-20 playoffs.

Along with Khudobin, the Stars are expected to give highly-regarded youngster Jake Oettinger more opportunities this season. Oettinger posted an 11-8-7 record in his rookie season with a respectable .911 save percentage. With an offseason to sharpen his skills further, Dallas will be expecting even more from Oettinger this year.

If the Stars goaltending situation wasn’t solid enough, the team went out and brought in former Stanley Cup winner Braden Holtby. Holtby likely will serve as a backup, but his presence gives the Stars three options in goal the team can rely upon to get the job done on any given night. That netminder depth could be the difference in seeking out a division title, where depth often gives the edge.

Final Argument For The Stars

A key stat for the argument as the Stars as Central Division contenders is the razor-thin margins in which they failed to make the postseason last year. Dallas fell four points shy of the playoffs at the end of the race. The difference largely coming due to 14 losses in overtime or the shootout.

It should be assumed the Stars will do better in overtime and the shootout this season. Especially when you consider talented scorers Seguin and Radulov will be available for them to deploy in overtime and the shootout. Dallas won’t win every game that goes beyond the three periods, but they should be significantly better at closing out tight games.

A healthier Stars team filled with veterans and promising youngsters who had some playing time to develop due to absences last year should enjoy a significant turnaround in 2021-22. Some better luck with injuries is needed, but this Stars team is one of the deepest in the Western Conference and should give the Avalanche a run for their money in this division.

At +700 odds, I am more than willing to back a deep and loaded Stars team to take the Central Division banner.