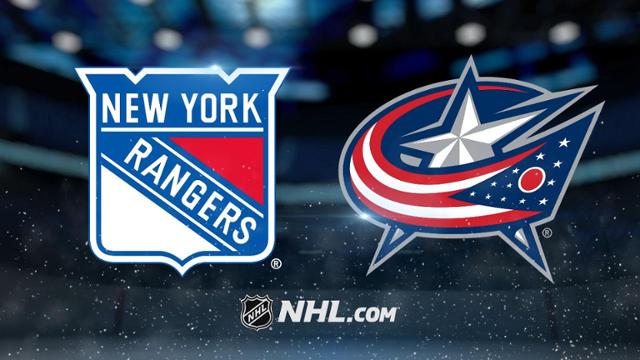 The New York Rangers, led by Artemi Panarin and Ryan Strome, are ready to take the ice against Pierre-Luc Dubois, Gustav Nyquist, and the Columbus Blue Jackets at Nationwide Arena in a divisional matchup. The opening face-off is at 7 p.m. ET on Thursday, December 5, and you can catch it live on MSG2.

New York has converted on 18.8 percent of its power play chances this season, a figure that’s right around league average. Its penalty kill is ranked 26th overall, and it has successfully killed off only 75.5 percent of its penalties..

Averaging 31.1 saves per game with a .910 save percentage, Henrik Lundqvist (7-10-2) has been the primary option in goal for New York this season. If New York decides to rest him, however, the team might go with Alexandar Georgiev (6-5-1 record, .912 save percentage, 3.07 goals against average).

On the other bench, Columbus is 11-16 straight up (SU) and has lost 4.5 units for moneyline bettors thus far. Through 27 regular season contests, 15 of its games have gone under the total, while 11 have gone over and just one has pushed. It’s 8-8 SU as the home team this season.

The Blue Jackets have converted on 20.9 percent of their power play opportunities this year, a figure that’s good enough for 10th-best in the league. On the other hand, its penalty kill is ranked 20th overall, and it’s successfully killed off 80.3 percent of all penalties.

Joonas Korpisalo (25.4 saves per game) has been the top netminder in goal for the Blue Jackets. Korpisalo has 11 wins, 10 losses, and one OT loss to his credit and has maintained a pedestrian 2.84 goals against average and a fairly-weak .902 save percentage this season.

The Blue Jackets are 2-5 SU when they serve more penalty minutes than their opponent while the Rangers are 6-6 SU in games where they spend more time in the box than the opposition.

The total has gone under in each of New York’s last five outings.

New York has averaged 7.6 giveaways over its last five home games, an improvement from its season average of 13.7 giveaways per game (ranked 31st).

Columbus has averaged 11.2 giveaways over its last five home games, a rise over its season average of 9.1 giveaways per game (ranked 9th in the NHL).