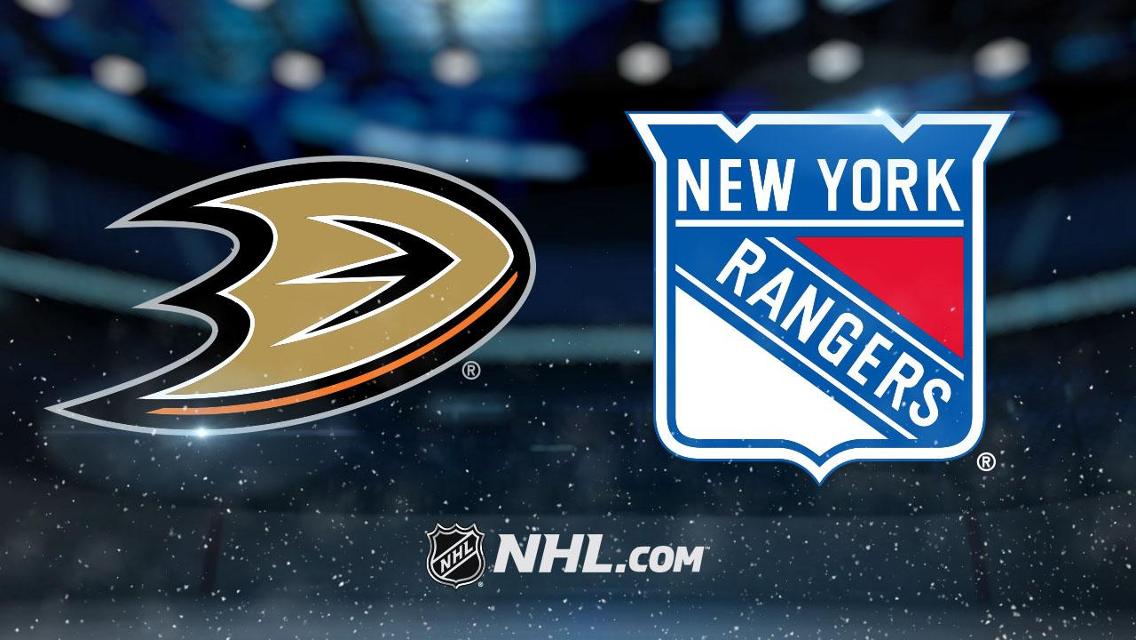 Artemi Panarin, Ryan Strome, and the New York Rangers will do battle against Jakob Silfverberg, Ryan Getzlaf, and the Anaheim Ducks at the Honda Center in an East-West showdown. The match will get started at 4 p.m. ET on Saturday, December 14, and it will air live on Prime Ticket.

New York is 16-15 straight up (SU) and has netted moneyline bettors 5.0 units this season. 20 of its contests have gone under the total, while 10 have gone over and none have pushed. As an away team this season, the Broadway Blueshirts are 8-7 SU.

New York has converted on 20.9 percent of its power play chances this season, a mark that’s right around league average. Its penalty kill is ranked 21st out of 31 teams, and it has successfully killed off 78.3 percent of its penalties..

Averaging 30.6 saves per game with a .911 save percentage, Henrik Lundqvist (7-11-2) has been the primary option in goal for New York this year. If it decides to rest him, however, head coach David Quinn may go with Alexandar Georgiev (9-6-1), who has a .923 save percentage and 2.69 goals against average this year.

Anaheim is 13-19 straight up (SU) and has lost 6.2 units for moneyline bettors this year. Through 32 regular season outings, 16 of its games have gone over the total, while 15 have gone under and none have pushed. It’s 8-9 SU as the home team this year.

The Ducks have converted on just 12.0 percent of their power play opportunities this year, a figure that’s ranked 30th in the NHL. On the other hand, its penalty kill is ranked 24th overall, and it’s successfully killed off 77.6 percent of all opponent power plays.

John Gibson (27.9 saves per game) has been the primary selection in goal for the Ducks. Gibson has nine wins, 15 losses, and two OT losses to his name and has maintained a pedestrian 2.79 goals against average and a .910 save percentage this season.