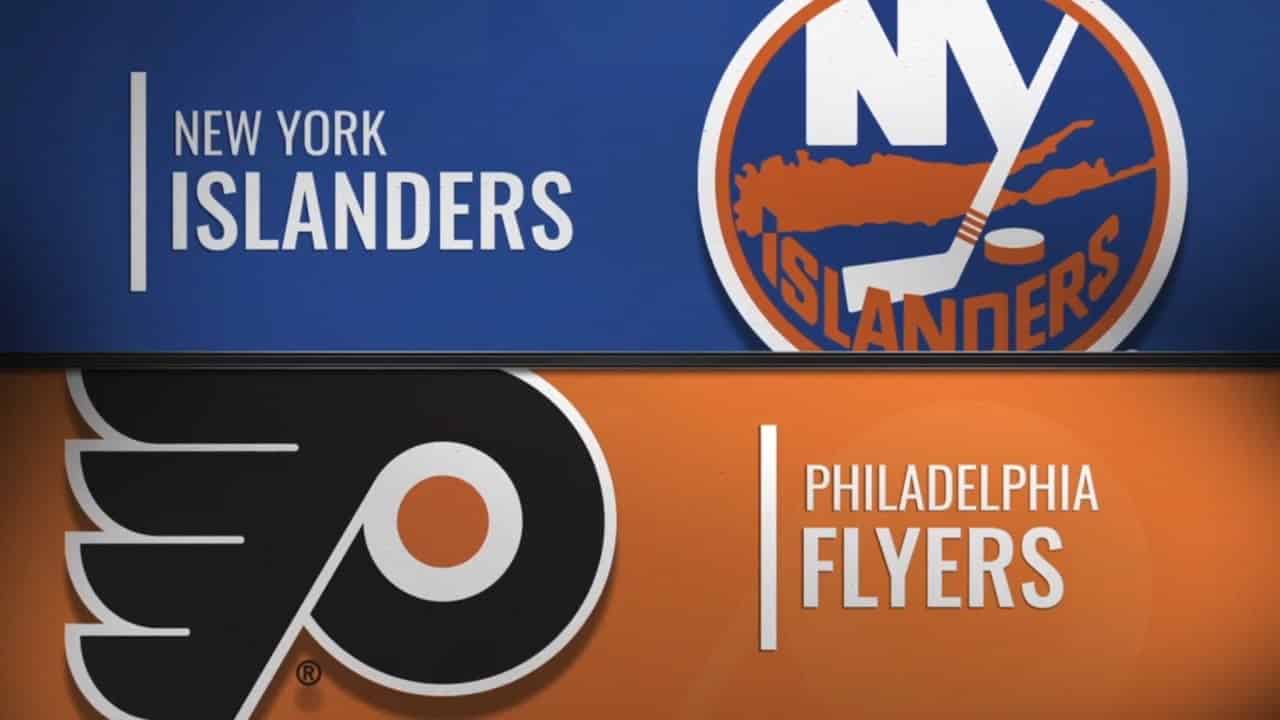 The New York Islanders and Philadelphia Flyers will face off against each other Wednesday, August 26, in Game 2 of their second-round Eastern Conference playoff series. The Islanders put on a strong position in the opener last Monday, blanking the top-seeded Flyers 4-0.

Can the Flyers bounce back immediately, or the Islanders will continue their win streak to three games? Find out in our preview, as we bring you the best Islanders versus Flyers betting pick along with all need-to-know betting trends and tips.

The Islanders have no injury worries, while the Flyers entered the bubble without C Nolan Patrick, LW Oskar Lindblom, and D Samuel Morin. Lindblom was skating with the team last week, but he won’t play in this series.

Both Islanders and Flyers are listed at -110 moneyline odds on BetAmerica, while the totals are set at exactly five goals with the over at +113 odds. The Islanders won the opener as +100 dogs with a total of 5.0 goals.

The Islanders want to take full command of this series, but even a 2-0 lead will mean nothing. Still, this is the Stanley Cup, and I would be surprised if this series doesn’t last for at least six games.

Monday’s opener showed how dominant the Islanders’ defense is this postseason. They haven’t allowed more than a couple of goals in each of their 10 outings, while Semyon Varlamov hasn’t conceded in two straight showings.

The Islanders will look to continue with excellent defensive work, while the Flyers have to find their mojo. Philadelphia eliminated Montreal in the first round in six games, and the Flyers had some impressive defensive displays against the Canadiens.

The Islanders have been terrific defensively so far on the back of Semyon Varlamov’s impressive form. The 32-year-old goaltender is 8-2 with a 1.50 GAA and a .941 save percentage this postseason. Varlamov will patrol the crease in Game 2, for sure.

Both teams took 29 shots each in Game 1, and the Islanders took an early lead, as Andy Greene scored his first goal of the postseason 6:06 into the 1st period. After a scoreless 2nd period, the Islanders needed three minutes in the third to double their lead.

New York went 23-8-5 when scoring first this past regular season. Also, they were 15-3-3 when having the lead at the end of the 1st period.

The Flyers need to improve a lot if they want to tie the series. They have to find a way to score against Varlamov, while Carter Hart has to do a much better job between the pipes.

The Islanders have dominated the Flyers lately and are undefeated in five straight encounters including three games last regular season. Interestingly, the over is 11-2 in the last 13 matchups between the Islanders and Flyers.

Despite the obvious over trending, I have to take the under on the totals in this game. The Islanders’ defense works like a well-oiled machine, while I expect to see a good performance by the Flyers, too.

This should be a tight clash, and whoever scores first will be in a strong position to win the clash. I would avoid the side bet even though the Islanders look like a better team than the Flyers at the moment. Neither side has impressed offensively, so I think betting on the under is the right move.

You can also opt with the alternative 5.5-goal line and avoid the push, but you’ll get lower wages around -180.