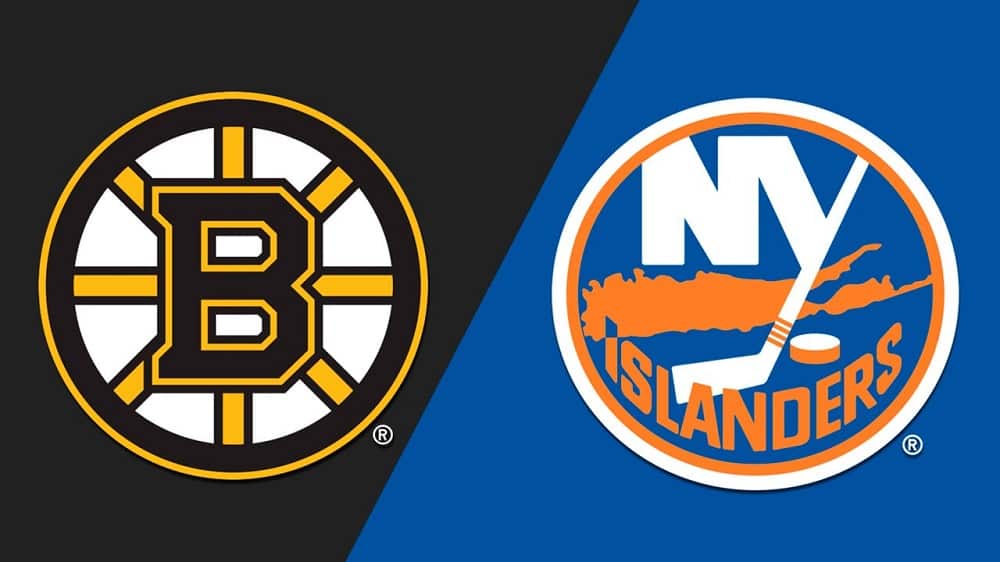 It will be Game 5 of the East Division finals on Monday when the New York Islanders and Boston Bruins battle. This series is tied at two games apiece after New York defeated Boston on Saturday, 4-1.

Here you can find the best picks, news, and stats for this East Division battle at TD Garden. Boston is the favorite at -182. This according to PointsBet Sportsbook, which puts New York at +160 as the underdog.

Boston scored the first goal of the game, then New York responded with four unanswered goals on their way to a 4-1 victory. Four different players scored for the Islanders, including Matthew Barzal who had a goal and an assist. Semyon Varlamov stopped 28 shots to earn the victory.

New York is averaging 3.20 goals per game and is hitting on 10.3% of their shots, both third during the playoffs. The power-play is sixth at 22.2%. Jean-Gabriel Pageau leads New York with seven assists and 10 points. Kyle Palmieri is the leading goal scorer with five and is tied for third with seven points.

The Islanders are allowing 2.70 goals per game and are killing off 66.7% of short-handed situations. Do not be surprised if Varlamov is back between the pipes for this contest. He is 2-3 with a 2.48 GAA and a .929 save percentage in the postseason.

After a scoreless first period, Boston took the lead 3:57 into the second on a power-play goal by David Krejci. Then the wheels came off, as the team had no answers for Varlamov. New York scored two late goals, meaning that Tuukka Rask only allowed two goals on 32 shots.

Boston is averaging 3.00 goals per game and they are hitting on 8.3% of their shots, both fifth in the postseason. The power-play has been outstanding at 32.1%, third overall. David Pastrnak leads Boston with five goals and 11 points. Charlie McAvoy has seven assists and is tied for second on the team with eight points.

The Boston Bruins restored home-ice advantage and now return to the TD Garden where they have been outstanding of late. New York did get a game here, but it took three overtimes for them to do so, and I expect the Bruins to be on top of their game. The Bruins are 4-1 in the last five meetings against the Islanders in Boston and are 5-2 in the last seven meetings overall.

There were seven total goals scored in the first two games, but scoring has been down over the last two contests, which is what I expect for this game as well. It is true that five goals were scored in the last game, but that came primarily because of two empty-net tallies in the waning moments of the game. I look for a contest very much like Game 3, so take the under.