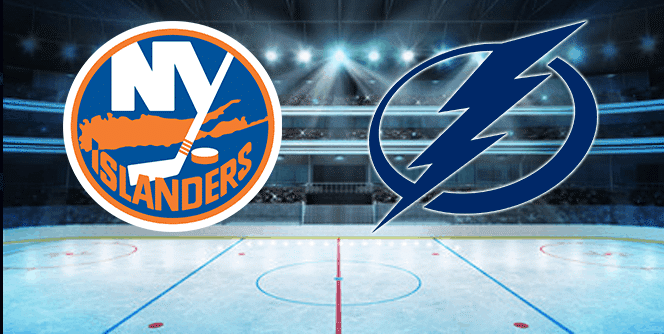 Mathew Barzal, Brock Nelson, and the New York Islanders are set to do battle against Nikita Kucherov, Victor Hedman, and the Tampa Bay Lightning at Amalie Arena in an Eastern Conference tilt. The game gets started at 7 p.m. ET on Monday, December 9, and you can see it live on Fox Sports Sun.

New York is 19-9 straight up (SU) and has netted 8.8 units for moneyline bettors this season. Through 28 regular season outings, 16 of its games have gone under the total, while 11 have gone over and just one has pushed. The Isles are 7-6 SU as the road team in 2019-20.

New York has converted on 18.5 percent of its power play chances this year, a figure that’s right around league average. On the other hand, its penalty kill is ranked 17th in the league, and the team’s successfully killed off 81.3 percent of its penalties..

Sporting a .923 save percentage and 25.6 saves per game, Semyon Varlamov (10-6-2) has been the top option in goal for New York this year. If head coach Barry Trotz chooses to rest him, however, the team may turn to Thomas Greiss (10-5 record, .930 save percentage, 2.24 goals against average).

On the other side of the ice, Tampa Bay is 14-13 straight up (SU) and has lost 7.5 units for moneyline bettors this year. 17 of its games have gone over the total, while 10 have gone under and none have pushed. It’s 7-6 SU at home this year.

The Lightning come into the matchup with the second-strongest power-play unit in the NHL, as they’ve scored on 29.7 percent of their extra-man opportunities this season. On the other hand, its penalty kill is ranked 19th overall, and it’s successfully killed off 79.6 percent of all opponent power plays.

Andrei Vasilevskiy has stopped 28.3 shots per game as the top choice in the crease for the Lightning. Vasilevskiy has 11 wins, nine losses, and one OT loss and has maintained a subpar .907 save percentage and 2.91 goals against average this season.

For both of these clubs, the over has hit in three of their past five games.

Over New York’s last ten games, six of them have been decided by two or more goals (the team is 2-4 in those games).

This game features two of the tougher defenses in the league. New York skaters have accounted for the most hits in the league (30.0 per game) while the Lightning have handed the 10th-most (23.4).