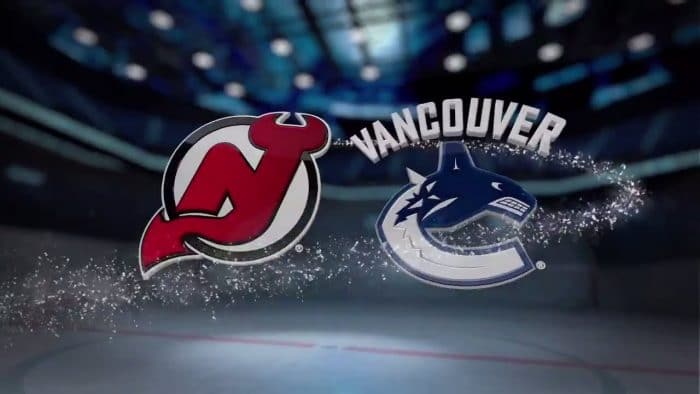 Kyle Palmieri, Taylor Hall, and the New Jersey Devils will do battle against J.T. Miller, Elias Pettersson, and the Vancouver Canucks at Rogers Arena in an East-West showdown. Sportsnet Pacific will showcase the game, and the puck drops at 4 p.m. ET on Sunday, November 10.

Vancouver is 9-8 straight up (SU) and has earned 2.1 units for moneyline bettors this season. That winning percentage, the third-best in the Pacific Division so far in this young season, is a welcomed improvement compared to how the team performed during the 2018-19 season (35-47). Of the team’s 17 games this season, eight have gone over the total, while seven have gone under and just one has pushed. The team’s 4-2 SU at home this season.

The Canucks have converted on 19.7 percent of their power play opportunities this year, a mark that’s right around league average. On the other hand, their penalty kill is ranked ninth overall, and they’ve successfully killed off 85.5 percent of all penalties.

With a .917 save percentage and 28.3 saves per game, Jacob Markstrom (five wins, six losses, and three OT losses) has been the best option in goal for Vancouver this season. If head coach Travis Green decides to rest him, however, the team could roll with Thatcher Demko (4-2-2 record, .933 save percentage, 1.99 goals against average).

New Jersey has lost 6.3 units for bettors taking the moneyline this year and is currently 4-11 straight up (SU). Through 15 regular season contests, 10 of its games have gone over the total, while four have gone under the total and none have pushed. As the visiting team, the Devils are 2-5 SU so far.

The Devils have converted on just 12.3 percent of their power play opportunities this season, a figure that’s ranked 29th in the NHL. On the other hand, its penalty kill unit is ranked 27th overall and it’s successfully killed off 74.5 percent of all penalties.

MacKenzie Blackwood (3.13 goals against average and .888 save percentage) has been the primary option in goal for New Jersey. Blackwood is averaging 23.8 saves per game and owns a 4-6-3 record.

Six of Vancouver’s last ten games have been decided by two or more goals. The team is 4-2 overall in those games.

Vancouver is 2-1 in games decided by a shootout this season while New Jersey is 1-3 in shootouts.

Vancouver has averaged 7.6 giveaways over its last five home games, an improvement from its season average of 8.6 giveaways per game (the 6th-fewest in the NHL).