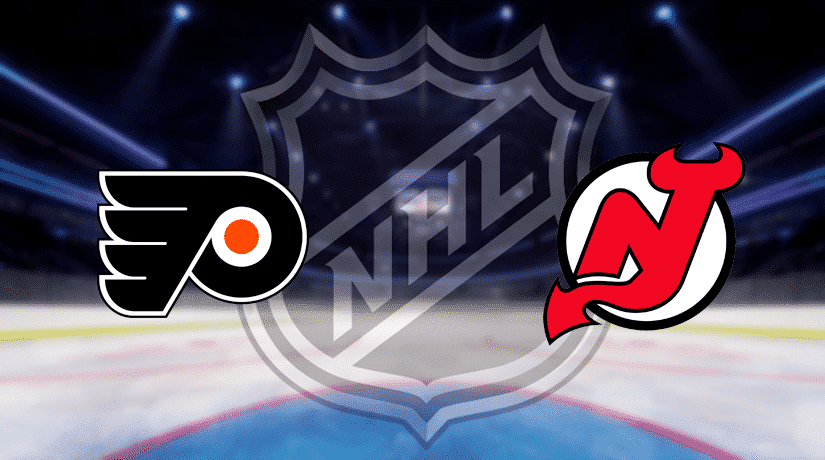 Here you can find the best picks, news, and stats for this East Division battle at the Wells Fargo Center. Philadelphia is the favorite at -167. This according to PointsBet Sportsbook, which puts the odds for New Jersey at +145 as the underdog.

Right-wing Nathan Bastian was lost to the Devils after suffering a lower-body injury on Sunday. He is expected to miss an extended period of time. Left-wing Isaac Radcliffe went down for Philadelphia over the weekend and will be out until April. Defenseman Robert Hagg also suffered a recent injury and will be out until sometime in April.

Mackenzie Blackwood stopped 35 of 36 shots as the New Jersey Devils defeated the Pittsburgh Penguins on Sunday, 2-1. Jesper Bratt scored the game-winning goal 2:50 in the overtime. Sami Vatanen added the other tally for the Devils. The victory was the third in the last four games for New Jersey.

New Jersey is 26th in scoring at 2.45 goals per game. The power-play has been terrible for the Devils, connecting on 13.4% of their opportunities, 28th overall. With such low numbers, it is not surprising that their leading scorer has just 18 points (Pavel Zacha). Zacha also leads the team with just seven goals in 28 games.

Anthony Beauvillier scored 3:41 in the overtime as the Islanders defeated the Flyers on Monday evening, 2-1. Brian Elliott had a solid evening in the goal for Philadelphia, stopping 18 of 20 shots. Oskar Lindblom had the lone goal for the Flyers.

Philadelphia is averaging 3.17 goals per game, 11th overall. They are third in shooting percentage at 11.4%. The Flyers are 21st on the power-play at 19.0%. Philadelphia is led in scoring by James van Riemsdyk with 13 goals and 29 points.

The Flyers are allowing 30.55 goals per game, 30th overall. The penalty killing units rank 26th, killing off 74.2% of shorthanded situations. Carter Hart has not been the answer between the pipes for Philadelphia, posting an 8-7-3 record with a 3.83 GAA and a .875 save percentage.

These teams have gone under in 13 of the last 18 meetings in Philadelphia. New Jersey has gone under in six straight games while Philadelphia has gone over in four of their last five games at home. It will be Hart in net for Philadelphia on Tuesday, and he is not playing very well of late, allowing 17 total goals over his last four starts. I would really like to push on 6.0, but I will go under.