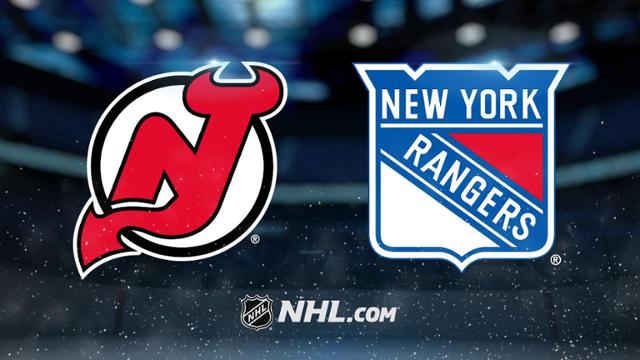 Madison Square Garden is the site for an enticing showdown as the New York Rangers take the ice against the visiting New Jersey Devils. This Metropolitan Division matchup will get underway at 7 p.m. ET on Thursday, January 9, and it will be broadcasted live on MSG Network.

The Rangers are 20-22 straight up (SU) and have netted moneyline bettors 5.0 units this season. That early-season winning percentage is a welcomed improvement compared to how the team performed during last year’s regular season (32-50). Through 42 regular season contests, 21 of its games have gone under the total, while 20 have gone over and just one has pushed. The team’s 11-10 SU at home this year.

New York’s converted on 19.7 percent of its power play opportunities this season, a figure that’s right around league average. On the other hand, its penalty kill is ranked 21st overall, and it’s successfully killed off 79.0 percent of all penalties.

Averaging 29.3 saves per game with a .910 save percentage, Henrik Lundqvist (9-15-3) has been the best goalkeeper for the Rangers this year. If head coach David Quinn decides to give him the evening off, however, the team may roll with Alexandar Georgiev (10-10-10 record, .909 save percentage, 3.17 goals against average).

The Broadway Blueshirts will continue to look for leadership from Artemi Panarin and Ryan Strome. Panarin (58 points) has tallied 23 goals and 35 assists and has recorded multiple points 17 times this year. Strome has 12 goals and 27 assists to his name and has recorded at least one point in 25 games.

In the other locker room, New Jersey is 15-27 straight up (SU) and has lost 10.4 units for bettors taking the moneyline this year. 23 of its contests have gone over the total, while 18 have gone under the total and just one has pushed. New Jersey’s 9-11 SU as the road team this season.

New Jersey has converted on just 15.6 percent of its power play opportunities this year, a mark that’s ranked 27th in the NHL. On the other hand, its penalty kill unit is ranked 19th overall and it’s successfully defended 80.7 percent of all penalties.

MacKenzie Blackwood (2.86 goals against average and .907 save percentage) has been the primary option in goal for New Jersey. Blackwood is averaging 26.7 saves per game and has 14 wins, 19 losses, and six OT losses to his credit.

Leading the offensive counter for the visiting Devils will be Kyle Palmieri (16 goals, 14 assists) and Nico Hischier (10 goals, 16 assists).

New Jersey (2-4 in shootouts) has more experience this season in games decided by shootout. New York fell short in both of its shootouts this year.

For both of these clubs, the game went over the total in four of their last five matchups.