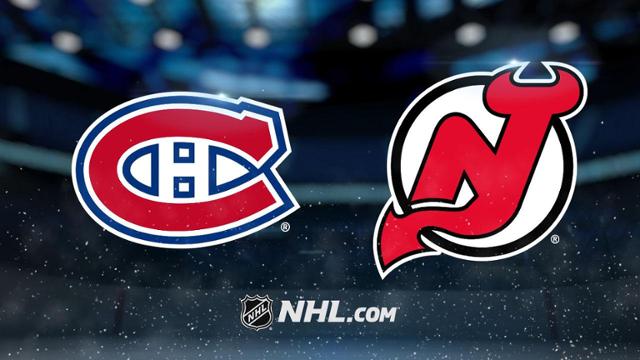 Taylor Hall, Kyle Palmieri, and the New Jersey Devils will do battle against Tomas Tatar, Shea Weber, and the Montreal Canadiens at Bell Centre for an Eastern Conference showdown. The opening face-off is at 7:30 p.m. ET on Thursday, November 28, and it is being shown live on Sportsnet.

Montreal is 11-13 straight up (SU) and has recorded -4.3 units for moneyline bettors this year. That early-season winning percentage is a regression from the 44-38 record that the team posted during the 2018-19 season campaign. Through 24 regular season contests, 14 of its games have gone over the total, while nine have gone under and just one has pushed. The team’s 6-7 SU at home this season.

The Canadiens have converted on 18.9 percent of their power play chances this season, a figure that’s right around league average. On the other hand, their penalty kill is ranked 32nd overall, and they’ve successfully killed off 71.6 percent of all penalties.

Averaging 27.0 saves per game with a .900 save percentage, Carey Price (10 wins, 10 losses, and three OT losses) has been the principal option in goal for Montreal this year. If the Habs decide to rest him, however, the team might turn to Keith Kinkaid (1-4-4 record, .877 save percentage, 4.29 goals against average).

New Jersey has lost 7.8 units for moneyline bettors thus far and is currently 8-15 straight up (SU). Through 23 regular season matches, 12 of its games have gone over the total, while 10 have gone under the total and just one has pushed. As the away team, the Devils are 4-6 SU so far.

The Devils have converted on just 14.6 percent of their power play opportunities this season, a mark that places them in the bottom-10 overall among NHL teams. On the other hand, its penalty kill unit is ranked 22nd overall and it’s successfully killed off 77.5 percent of all opponent power plays.

MacKenzie Blackwood (3.07 goals against average and .898 save percentage) has been the primary option in goal for New Jersey. Blackwood is averaging 25.8 saves per game and has seven wins, nine losses, and three OT losses to his credit.

The Canadiens are 2-1 in games decided by shootout. The Devils are 1-3 in shootouts.

For both of these teams, the over has hit in four of their past five matchups.

Six of New Jersey’s last ten games have been decided by two goals or more. The team is 1-5 in those games.

The Canadiens this season have dished out the fifth-most hits per game in the NHL (26.3).