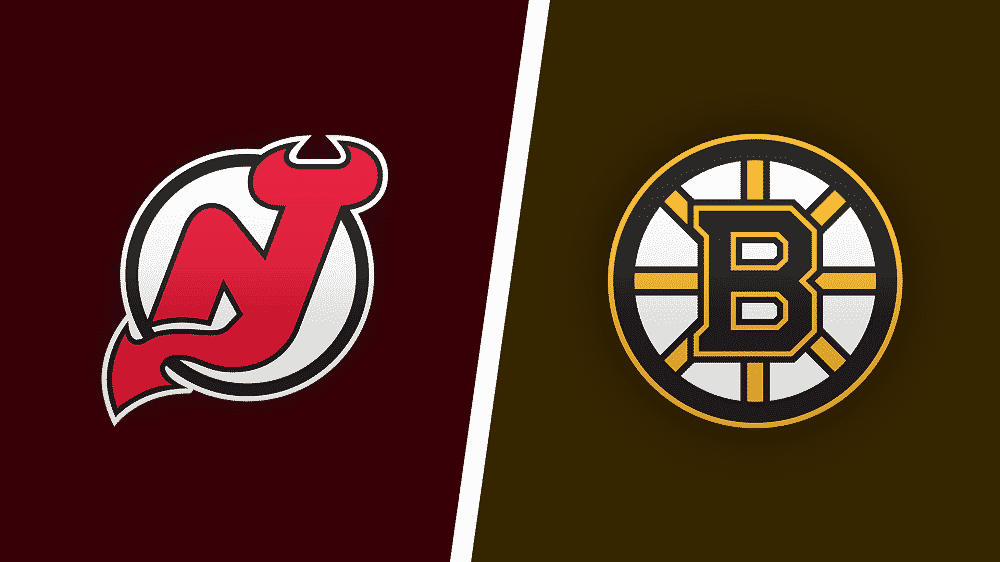 After they split a two-game series in Week 1, the New Jersey Devils and Boston Bruins continue their eight-game regular-season set Thursday at TD Garden in Boston. According to William Hill Sportsbook, Boston opened as a firm -218 favorite to win straight up, so here’s my best Devils vs. Bruins betting pick along with the key tips and betting trends.

The Devils cannot count on center Nico Hischier (COVID-19), while defenseman Ryan Murray is questionable to play due to illness. The Bruins are without defensemen Jakub Zboril and Matt Grzelcyk and winger Ondrej Kase due to injuries.

The New Jersey Devils (5-3-2) are coming off an excellent 5-2 victory at the New York Rangers this past Tuesday. They upset the odds as +125 road dogs in their first outing in more than two weeks, as the Devils had to halt their activities due to the COVID-19.

Mackenzie Blackwood had a big night at Madison Square Garden, turning aside 37 shots, while the Devils scored three unanswered goals in the third period to seal the victory. New Jersey went 1-for-2 with the man advantage and surrendered no power-play opportunities to their rivals.

After a strong performance against the Rangers, Mackenzie Blackwood should get another starting nod in Boston. He’s 3-0-1 on the season, recording a 1.92 GAA and a .948 save percentage.

The Boston Bruins (10-2-2) are coming off a 4-2 defeat at the New York Islanders this past Sunday, putting an end to a five-game winning streak. They still sit atop of the East Division, three points ahead of the No. 2 Islanders.

The Bruins allowed only three goals in three games prior to Sunday’s loss, but their defense fell apart against the Islanders. Boston allowed a whopping 42 shots and played badly down the stretch, as the game was tied at 2-2 at the end of the second period.

Even though they score just 2.86 goals per game (20th in the NHL), the Bruins continue to torture their rivals on the defensive end. Boston surrenders 2.14 goals per contest (tied-2nd) and has the second-best penalty-killing percentage of 88.0, yielding only six goals on 50 power-play opportunities.

I’m expecting the Bruins to bounce back from a tough loss in their previous outing and dominate the Devils on the home ice. Boston has won eight of its last nine home encounters with the Devils.

New Jersey is a dangerous rival, though the Devils will need some time to pick up the pieces after a long pause. They beat the Rangers two days ago but outlasting the Bruins will be a much taller task. Boston’s defense should make the difference, and I would stick with the moneyline odds because the Bruins failed to cover in six of their previous seven showings.

The under has hit in four of the last five encounters between the Devils and Bruins including their first two meetings this season. Four of those five tilts produced fewer than six goals in total, and I will stick with this betting trend.

Both teams play good defense, especially the Bruins who’ll be keen to tighten things up after yielding four goals last time out. On the other side, Mackenzie Blackwood has been terrific between the pipes for the Devils.