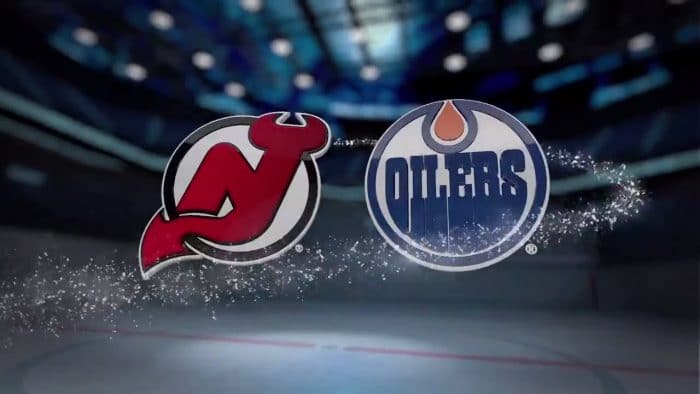 Facing each other for the final time this season, the New Jersey Devils and the Edmonton Oilers take the ice at Rogers Place. Sportsnet West will broadcast this cross-continent matchup, which gets going at 9 p.m. ET on Friday, November 8.

The Oilers are 10-7 straight up (SU) and have netted moneyline bettors 3.8 units this year. That winning percentage, ranked 1st in the Pacific Division in this young season, is a welcomed improvement over the 35-47 record from the 2018-19 season campaign. Through 17 regular season matches, 10 of the team’s games have gone under the total, while seven have gone over and none have pushed. The team’s 5-3 SU at home so far this year.

Edmonton comes into the matchup with the third-strongest power-play unit in the NHL, as it’s scored on 27.1 percent of their extra-man advantages this year. On the other hand, its penalty kill is ranked 14th overall, and it’s successfully killed off 83.3 percent of all penalties.

With a .926 save percentage and 26.4 saves per game, Mike Smith (five wins, five losses, and one OT loss) has been the primary goalkeeper for the Oilers this season. If head coach Dave Tippett chooses to give him a rest, however, the Oilers might roll with Mikko Koskinen (5-3-3 record, .917 save percentage, 2.46 goals against average).

Leon Draisaitl and Connor McDavid will both look to continue their strong seasons for the Oilers. Draisaitl (29 points) has produced 13 goals and 16 assists and has recorded multiple points eight times this year. McDavid has eight goals and 18 assists to his name and has notched a point in 11 games.

New Jersey has lost 5.3 units for moneyline bettors this year and is currently 4-10 straight up (SU). Through 14 regular season outings, nine of its games have gone over the total, while four have gone under the total and none have pushed. As the away team so far, New Jersey is 2-4 SU.

New Jersey has converted on just 13.2 percent of its power play chances this season, a figure that places it in the bottom-10 overall among NHL teams. On the other hand, its penalty kill unit is ranked 27th overall and it’s successfully killed off 75.0 percent of all opponent power plays.

New Jersey’s skaters have been whistled for penalties 4.3 times per game this season. Last season, that number was at 3.8, which was the fifth-highest mark in the league. After serving an average of 9.1 penalty minutes per game a year ago (seventh-most in the league), the team’s had to stave off opponent power plays for 9.7 minutes per outing this season.

MacKenzie Blackwood (23.8 saves per game) has been the primary choice in goal for New Jersey. Blackwood has four wins, six losses, and three overtime losses to his credit, and has registered a .888 save percentage and 3.13 goals against average this year.

For the visiting Devils, the offense will be facilitated by Taylor Hall, who has 12 assists and two goals on the year.

Free NHL Pick: Over The Total

The under has hit in four of Edmonton’s last five outings.

The Devils are 2-4 when they serve fewer penalty minutes than their opponent and 1-7 in games where they’re in the box for fewer than 10 total penalty minutes.

Edmonton is 1-1 in games decided by a shootout this season while New Jersey is 1-3 in shootouts.

Edmonton might hold the upper hand if it’s a close one late. The team’s 6-2 in games decided by one goal, while New Jersey is 2-4 in such games.