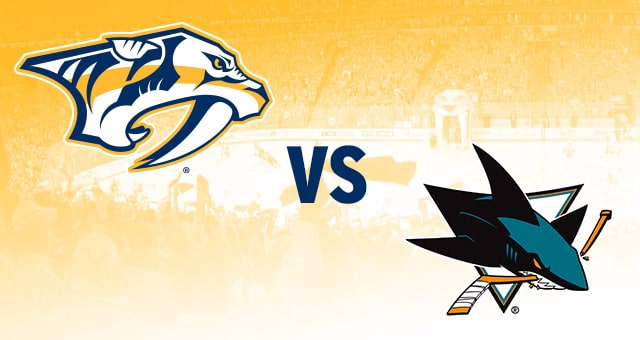 Two teams facing each other for the second time this year, the Nashville Predators and the San Jose Sharks meet at the SAP Center. The opening face-off takes place at 10:30 p.m. ET on Saturday, November 9, and you can view this Western Conference matchup live on NBC Sports California.

Though the team is 9-7 straight up (SU) this season, Nashville has actually lost 3.1 units for bettors taking the moneyline this year. 11 of its outings have gone over the total, while five have gone under and none have pushed. This 2019-20 Predators team is 3-3 SU on the road.

Nashville has converted on 21.0 percent of its power play opportunities this season, a mark that’s right around league average. On the other hand, its penalty kill is ranked 24th in the league, and it’s successfully killed off 77.8 percent of all penalties.

For the team as a whole, Nashville has been whistled for penalties 3.8 times per game in the 2019-20 season, and 5.4 per game over its last five road outings. The team’s had to kill penalties just 8.4 minutes per game over their last 10 outings.

Averaging 24.5 saves per game with a .912 save percentage, Pekka Rinne (8-3-2) has been the best option in goal for Nashville this season. If head coach Peter Laviolette chooses to rest him, however, the team may roll with Juuse Saros (1-5), who has a .876 save percentage and 3.98 goals against average this year.

Roman Josi and Ryan Ellis will both look to continue their strong seasons for the visiting Predators. Josi has 17 points on five goals and 12 assists, and has recorded multiple points in four different games. Ellis has three goals and 13 assists to his credit, and has logged a point in 10 games.

On the other side of the rink, San Jose is 6-11 straight up (SU) and has lost 7.3 units for moneyline bettors this year. Through 17 regular season contests, eight of its games have gone over the total, while another eight have gone under and just one has pushed. Thus far, the team’s 4-4 SU at home.

San Jose has converted on 22.8 percent of its power play chances this season, a figure that places it in the top-10 among NHL teams. On the other hand, its penalty kill is ranked first overall, and it’s successfully killed off 90.6 percent of all opponent power plays.

Martin Jones (24.3 saves per game) has been the top choice in goal for San Jose. Jones has four wins, nine losses, and one OT loss and has maintained a mediocre 3.52 goals against average and a poor .883 save percentage this season.

The Sharks offense will be led by Tomas Hertl (six goals, 11 assists).

Free NHL Pick: Over The Total

The over has hit in three of Nashville’s last five outings.