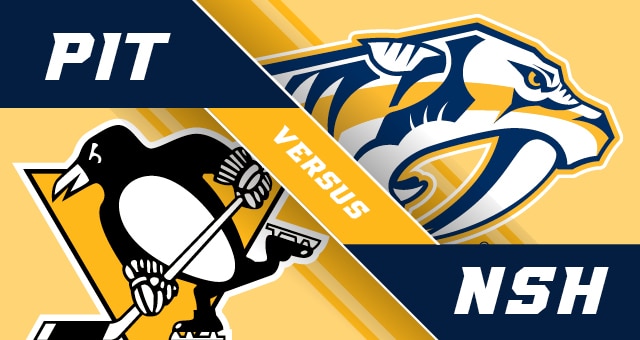 Roman Josi, Ryan Ellis, and the Nashville Predators are set to face off against Jake Guentzel, Evgeni Malkin, and the Pittsburgh Penguins at PPG Paints Arena in an East-West showdown. The match gets started at 7 p.m. ET on Saturday, December 28, and it’ll be televised live on AT&T SportsNet Pittsburgh.

Pittsburgh is 22-15 straight up (SU) and has earned 1.8 units for moneyline bettors this year. That winning percentage, ranked fifth in the league in this young season, is fairly close to the 44-38 record the team produced during the 2018-19 season campaign. Through 37 regular season contests, 19 of its games have gone under the total, while 16 have gone over and just one has pushed. The team is 14-6 SU at home this season.

The Penguins have converted on just 17.1 percent of their power play chances this year, a figure that places them in the bottom-10 overall among NHL teams. On the other hand, their penalty kill is rated 14th overall, and they’ve successfully killed off 81.6 percent of all penalties.

Nashville has lost 9.1 units for moneyline bettors thus far and is currently 18-19 straight up (SU). 22 of its outings have gone over the total, while 14 have gone under the total and none have pushed. As the visiting team so far, the Predators are 8-8 SU.

The Predators have converted on just 15.4 percent of their power play chances this season, a figure that’s ranked 26th in the NHL. On the other hand, its penalty kill unit is ranked 23rd overall and it’s successfully defended 77.6 percent of all penalties.

Pekka Rinne (3.04 goals against average and .892 save percentage) has been the primary option in goal for Nashville. Rinne is averaging 22.9 saves per game and owns a 13-9-3 record.

The Penguins are 2-0 in games that go to shootout. The Predators are 1-2 in shootouts.

The over has hit in four of Nashville’s last five games.

Two teams that fire the puck toward the goal a lot, Nashville has taken the league’s fifth-most shots on goal (33.7) and Pittsburgh has attempted the 10th-most (33.2). The Preds have averaged 30.6 shot attempts over their last five road games while the Pens have taken 30.4 shots over their last five home outings.

Six of Nashville’s last ten games have been decided by two goals or more. The team is 4-2 in those games.

The Penguins this season have tallied the third-most hits per game in the NHL (28.7), but the club has averaged 42.2 over their past five games as the home team.