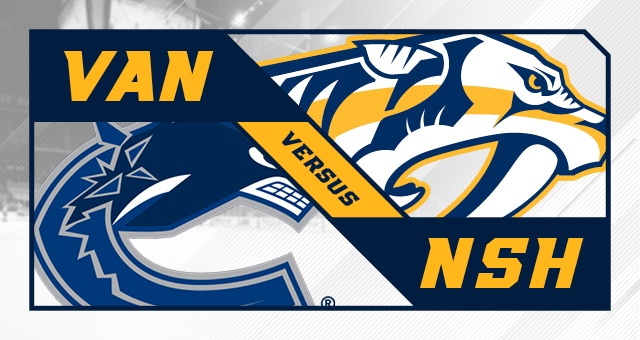 The Nashville Predators, spearheaded by Roman Josi and Ryan Ellis, are prepared to take the ice against Elias Pettersson, J.T. Miller, and the Vancouver Canucks at Rogers Arena in a Western Conference showdown. The action will get going at 10 p.m. ET on Tuesday, November 12 and it can be seen live on Sportsnet Pacific.

Vancouver is 9-9 straight up (SU) and has lost 0.5 units for moneyline bettors thus far. That win percentage, ranked third in the Pacific Division so far this season, isn’t too far off from to what the team managed during the 2018-19 season (35-47). Of the team’s 18 regular season outings, nine have gone under the total, while eight have gone over and just one has pushed. Thus far, the team’s 4-3 SU at home.

The Canucks have converted on 20.3 percent of their power play chances this season, a mark that’s right around league average. On the other hand, their penalty kill is rated 12th overall, and they’ve successfully killed off 84.4 percent of all penalties.

Averaging 28.0 saves per game with a .918 save percentage, Jacob Markstrom (5-7-3) has been the best option in goal for Vancouver this season. If head coach Travis Green decides to rest him, however, Vancouver might go with Thatcher Demko (4-2-2 record, .933 save percentage, 1.99 goals against average).

On the other hand, Nashville is 9-8 straight up (SU) and has lost 4.3 units for moneyline bettors thus far. Through 17 regular season outings, 11 of its games have gone over the total, while six have gone under the total and none have pushed. As the visiting team, the Predators are 3-4 SU so far.

The Predators have converted on 19.7 percent of their power play opportunities this year, a figure that’s right around league average. On the other hand, its penalty kill unit is ranked 22nd overall and it’s successfully killed off 79.3 percent of all opponent power plays.

Pekka Rinne (2.46 goals against average and .912 save percentage) has been the main option in goal for Nashville. Rinne is averaging 24.5 saves per game and owns an 8-3-2 record.

Six of Vancouver’s last ten outings have been decided by two or more goals. The team is 4-2 overall in those games.

Vancouver is 2-1 in games decided by a shootout this season while Nashville is 0-2 in shootouts.

The under has hit in three of Vancouver’s last five outings.

Nashville skaters have averaged 6.6 giveaways over its last five home games, an improvement from its season average of 9.9 giveaways per game (ranked 12th).

Vancouver has averaged 6.6 giveaways over its last five home games, an improvement from its season average of 8.6 giveaways per game (the 5th-fewest in the league).